Who are today’s best sopranos? Even though we have left behind the wonderful past seasons of the great divas, undisputed media celebrities, nowadays there is a substantial amount of great artists who keep the magic world of opera alive.

Amongst the hefty list only a handful stand out as the real opera queens and are considered as such by the opera community. The following are regarded by OPERA WORLD as the world’s best sopranos:

The Russian soprano is the MET’s diva and is sought after by all the opera stages of the world. Her career started at Saint Petersburg’s Mariinsky Theater under the guidance of the renowned conductor Valery Gergiev, but soon after took of driven by the attractiveness of her instrument, fleshy all the way to the top without giving up an ounce of its expressive agility.

Her very alluring physical appearance has allowed her to portray an extraordinary Manon Lescaut or Adina from Elisir d’Amore.There are many important recordings which corroborate her achievements of this initial stage such as her Elisir d’Amore with the famous Mexican tenor Rolando Villazón in top shape.

Mrs. Netrebko currently leads the list of the world’s best sopranos and is considered as today’s best lyric soprano. Not only is she undisputed in both the Russian and Verdian repertoire but she has also ventured outside her style with composers such as Richard Strauss (she has just performed Four last songs in Paris).

Her vocal instrument has with the passing of time gained roundness in the middle area. The voice is now more mature and weighty which has allowed Mrs. Netrebko to achieve enormous success with more serious Verdian roles such as Leonora from Il Trovatore or Lady Macbeth. Although her acting abilities were initially somewhat limited, they have with time acquired deepness and consistency.

Mrs. Netrebko has also been able to steer her way through criticism brought about by her support of Russian president’s Vladimir Putin’s policies and the apparent change of her physical appearance and sentimental life. Proof of her overwhelming personality is to be found in the media’s general support and widespread approval. To see her best pictures in Opera World, please click on the following link

When the American soprano sings, words tend to be quite unnecessary. There is a secret sort of magic musicality that pervades her art, something hypnotic that goes far beyond the traditional concept of styles. Mrs. Fleming always sings in an elegant manner and possesses a natural and stylish line. Her timber is homogeneous and unforgettable, with a dark woody touch.

For precisely these reasons the American soprano remains an unsurpassed interpreter of both Mozart arias and Richard Strauss lieder, although she has delved into almost all existing repertoires. Her most recent triumphs at the MET (a theatre which is basically her home) have been with Franz Lehar’s The Merry Widow and she is currently debuting on Broadway. Some say Renée Fleming’s voice is not very big but she is unquestionably a stylistic reference for her colleagues in the same voice category. This is more than enough to include her amongst today’s best sopranos.

In the recording of Richard Strauss‘ Four Last Songs Mrs. Fleming takes up the baton from her teacher Elisabeth Schwarzkopf and this recording belongs in every opera-lover’s music collection.

The German dramatic coloratura soprano Diana Damrau belongs to the category of those extremely rare operatic phenomenons. She possesses a superb vocal technique that allows her  to tackle the most intricate bel canto operatic roles with jaw-dropping dexterity and security. The same applies to Mozart’s most demanding music, her Queen of the Night is decidedly the best of the current century.

Her ability to hit the highest notes on the pentagram, while keeping both the singing line and homogeneous timber unaltered, have decidedly converted her into the best in her field. All of her appearances are a one and only show.

Mrs. Damrau has been pointed out as the natural heir to the great Edita Gruberová. She is currently on tour all over Europe with a recital based on her latest recording, Fiamma del belcanto, a work entirely dedicated to the Italian bel canto repertoire.

You can see her best pictures in OPERA WORLD, please click on the following link:

The American soprano Sondra Radvanovsky is today’s best Verdian soprano in the world.

Her voice embodies enormous dramatic possibilities which added to a vibrato and emission similar to that of past century Slavic sopranos, makes her stand out among her colleagues. Mrs. Radvanovsky has come to be identified as a leading interpreter, when not a perfect personification of such roles as Aida, Norma, Tosca, Amelia from Un Ballo in Maschera or Leonora from Il Trovatore. The American artist projects a round and truly thrilling sound able to ride out the most demanding orchestras. 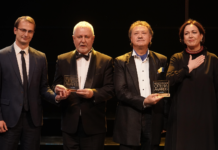 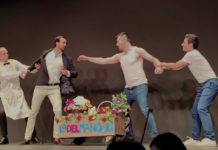