Leave everyday life in Puget Sound behind this January and step into the splendor of 1800s Russia. Seattle Opera’s Eugene Onegin will offer audiences lush orchestrations by Tchaikovsky, elegant ballroom dances, grand sets, and period costumes worthy of The Last Czars on Netflix.

Tchaikovsky, famous Russian composer of Swan Lake and The Nutcracker, wasn’t a fan of grand opera when he wrote the opera Eugene Onegin (pronounced “oh-NYAY-ghin,” where the “G” is like “goose”) in 1877. He found works like Wagner’s Ring or Verdi’s Aida to be difficult for everyday people to relate to. Thus, he chose a ubiquitous work of Russian literature, Pushkin’s famous novel in verse Eugene Onegin, as the subject of his opera.

“Alexander Pushkin is to Russian what William Shakespeare is to English,” said Seattle Opera General Director Christina Scheppelmann. “Still today Russians read and study Pushkin’s Eugene Onegin in school—a story without a happily-ever-after, but one that offers an incomparable journey through beauty, poetry, and romance.”

In this story, Onegin, a restless socialite, rejects the passionate Tatyana after she declares her love for him. Trying to avoid Tatyana, Onegin ends up insulting his best friend Lensky, and killing him in the duel that results. Years later, and filled with regret, Onegin comes face-to-face with Tatyana once again. He realizes he loves her, but now, she’s married to someone else. While Tatyana still has feelings for Onegin, she chooses to remain faithful to her husband, breaking the heart of the man who once crushed her.

Alternating as the title character are two American baritones returning to McCaw Hall: John Moore, whose portrayal of Steve Jobs in The (R)evolution of Steve Jobs (’19) was heralded as a great success by local and national critics, and Michael Adams, featured among “25 Rising Stars” by Opera News. Starring as Tatyana are Finnish soprano Marjukka Tepponen, returning after her debut as Fiordiligi in Così fan tutte (’18), and Marina Costa-Jackson, who most recently wowed Seattleites in the Three Singing Sisters concert (’19).

Naomi André, Seattle Opera Scholar in Residence, says Pushkin wrote many works that were later adapted for opera, including the historical drama Boris Godunov. Tchaikovsky used Pushkin sources for his two most well-known operas—The Queen of Spades and Eugene Onegin. While the two men were very different from one another, both of their identities clashed with societal norms.

“Pushkin, whose great-grandfather is thought to have been born in Cameroon, had mixed-race ancestry that was largely kept hidden. Meanwhile, Tchaikovsky was tortured as a gay man in a repressed society,” André said. “Tchaikovsky could have identified with both of his leading characters—Onegin as someone who pushes women away or perhaps Tatyana—a person deeply in love who cannot have what she wants.” 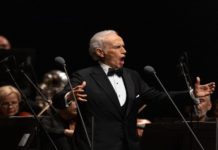 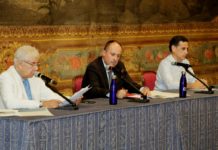 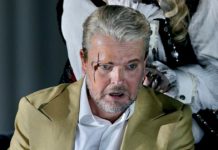