Enjoy Florida Grand Opera’s Meet the Artist series, where we will profile several of the artists who will be performing on stage this season. We are proud to welcome iconic bel canto soprano Renata Scotto, who returns to Florida Grand Opera to direct Bellini’s La sonnambula, presented at the Adrienne Arsht Center for the Performing Arts of Miami-Dade County February 9–17, 2013

Renata Scotto (RS): They are all my favorites. I have enjoyed my career so much that each performance – of which there have been many, many – is my favorite. Of the composers, Verdi is my godfather because I debuted with La traviata, but Bellini is my favorite composer because of his use of bel canto.

FGO: One of the big breaks in your career was when you covered the role of Amina in La sonnambulafor Maria Callas at just 23 years old. What was the experience like?

RS: It was a fabulous experience! I was very young, but I loved it! Every young singer wants the opportunity to have an international career before the most important and difficult audience, which is what I faced at the Edinburgh Festival for La Scala. I was ready. I just wanted to be on stage, and the result was the true start of my international career. Through that performance, I met important people who were interested in me, and it was my big debut! After that, I dove deeper into my studies and faced bigger responsibilities.

FGO: What has the transition from performer to director been like for you?

RS: It was not something that came from me, but from the theater. They asked me to direct. In 1986, I was in talks with the Met about Madame Butterfly. I had already done many, many performances of that role and didn’t want to do it again, so they said, “What about directing?” It was a challenging proposal, so I thought about it for a few months. Since I liked the opera very much, I thought maybe I could do something personal with it.

The Butterfly production at the Met was such a success that everyone started asking me to direct, giving me the opportunity to do new productions with my concept – Norma, Il pirata, Turandot, La sonnambula. I even won an Emmy for a telecast of La traviata that I directed for New York City Opera, although my first Emmy was for my portrayal of La Gioconda in a live telecast by San Francisco Opera.

I learned it was more difficult to direct than sing. You’re responsible for every aspect and every person in the production – lighting, costumes, singers. When I sing, it’s about me, my voice, my preparation. Directing is another perspective. It’s a learning process.

FGO: How did you come to direct La sonnambula for Florida Grand Opera in 2007?

RS: Florida Grand Opera and I have a long history, and the former General Director, Bob Heuer, has always been on my side. I wanted to work on a production with my own concept and, one day, Bob approached me about a new production of La sonnambula. I jumped and said yes!

The production had beautiful singers and I was close friends with the conductor, Richard Bonynge. I was very happy. FGO also agreed to work with one of my favorite designers, Carlo Maria Diappi – a man of great taste and a great artist. I said, “Without him, I won’t do it.” I wanted the costumes and the set to get along with the music, so we worked together on the colors and the look of the production. The concept behind my production of La sonnambula, which means “the sleepwalker,” was to take the audience into Amina’s dream, which is actually a nightmare. .

FGO: What can we expect from this production this time around? Can you tell us a little bit about your vision?

RS: I am looking forward to recreating this beautiful production with an entirely new cast of talented singers. I want everything to be very clear and very precise, so I am working with the designers to inspect costumes and set pieces with months of anticipation. The audience loved this production so much! I am keeping my fingers crossed that it will go like it did the first time.

FGO: As a director, how is your working relationship with the conductor?

RS: I know the music well enough to discuss anything directly with the conductor. It is very important to get along perfectly with the conductor. He has the cast in his hands, so we must understand and love each other. I will be working with Maestro Ramon Tebar in La sonnambula for the first time. I have met him before and heard him conduct in Miami. He is a great talent. He has music in his blood. This is the conducting talent we need today!

FGO: What advice can you offer rising singers?

RS:Young singers are always eager to work at La Scala immediately. It’s important that, before you face the public, you are secure enough in what are doing to do your best. Singers need experience, but when they have the proper preparation, the experience is easier. There must be patience. 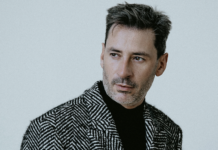 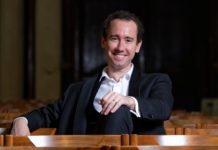 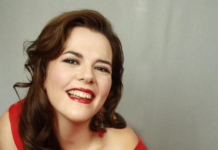