Amilcare Ponchielli’s opera La Gioconda (no link whatsoever with the painting in the Louvre) is one of those works too rarely represented despite its obvious qualities. Once the most successful opera between Verdi’s Aida (1871) and Otello (1887), it is now considered a work stylistically so heterogeneous and both vocally and scenically so demanding that few opera houses try their hand at it. La Monnaie takes on the challenge and invites conductor Paolo Carignani and stage director Olivier Py to revive the whole grand opéra behind ‘The Dance of the Hours’.

The only international and lasting success of Ponchielli, this flamboyant work was commissioned by the publisher Ricordi in 1874. It was premiered at the Teatro alla Scala of Milan in April 1876 and several times altered by the composer until its return to La Scala in 1880. Seven years later, the translator Paul Solanges collaborated with the librettist to make a French version for La Monnaie. It was resumed in 1939 before disappearing completely from the Brussels stage.

And yet, the four acts of Ponchielli are a quintessential romantic melodrama, and emblematic of the great Italian repertoire. The libretto of Tobia Gorrio, anagram of Arrigo Boito that he used for some of his works, is based on Angelo, Tyrant of Padua by Victor Hugo. Although the librettist venerated the French writer, he did not hesitate to introduce several corrections that enhanced the credibility of the plot. In particular, it gave more depth to two of the protagonists, La Gioconda herself and the traitor Barnaba, one of opera’s finest bad guys.

The work, a big machine with omnipresent choir, is at the crossroads of genres. It can be considered an Italian version of the French Grand Opera with crowds and ballet (the famous ”Danza delle ore”, immortalized by the ostriches and hippo’s in Walt Disney’s Fantasia), a Verdi romantic drama by its structure and its dramatic situations, or even the genesis of the Italian verismo.

Ponchielli gives prominence to singers. The melodic ideas are plethora and masterly developed, exploiting all the registers of the voice. Based on the text and the situations, they are the main element of the roles’ characterisation. At the creation, the audience marveled at the profusion and prettiness of the vocal pieces of bravura. Even today, many of them – A questo rosario, Cielo e mar, Suicidio – are known even though few people connect them to the opera of Ponchielli. One of the great difficulties of the opera, therefore, lies in the quality of the singing: it takes no less than six exceptional singers (one for each type of voice), by their technique as well as by their expressiveness.

“I like great voices… The question of singing is central in my work as a poet and in my work as a director.” This statement by Olivier Py, made a few years ago, sheds light on the reasons that prompted the French director to accept the proposal of La Monnaie to mount La Gioconda. The attraction of singing is indeed irresistible in Ponchielli’s work, and the fantastic or the unlikelihood of certain scenes are not a problem for Py, who has already created at La Monnaie Les Huguenots, Hamlet, Dialogues des Carmélites and Lohengrin. Aided by his long-time accomplices, Pierre-André Weitz for sets and costumes and Bertrand Killy for the lights, he offers us a modern reading of this piece, dominated by the almost metaphysical dimension of the character of Barnaba, whose determined and deliberate choice to do evil has all the marks of a spiritual excercice.

With Paolo Carignani at the helm of the La Monnaie Symphonic Orchestra, Olivier Py is sure to have at his side a conductor who perfectly knows Italian music, and who is known for his talent to support and accompany singers, a quality essential to meet the requirements of the score. Our own Italian conductor Martino Faggiani will take the lead of the Chorus of La Monnaie, and the Belgian Benoît Giaux will conduct the Children’s and Youth Chorus and of the La Monnaie Choral Academy.

One of the peculiarities of our house is to propose to great artists debuts of roles. This will be the case for a large part of the dual distribution, whether they are interpreters already familiar with the Brussels scene – Béatrice Uria-Monzon, Jean Teitgen, Silvia Tro Santafé and Scott Hendricks – or newcomers like Szilvia Vörös and Franco Vassallo.

After her first interpretation of Lady Macbeth in our latest production of Verdi’s opera, Béatrice Uria-Monzon reserves another role debut for the audience of La Monnaie. Acclaimed for her Carmen and her Tosca in Berlin, Paris, Milan and Budapest, the French soprano now takes on La Gioconda. She shares the part with the Chinese soprano Hui He, an established name in the international opera scene, especially for the essential dramatic roles of Verdi and Puccini. This production marks her La Monnaie debut.

Spanish mezzo-soprano Silvia Tro Santafé will play Laura, Alvise’s wife, for the first time in her career. Her numerous roles at La Monnaie – after her debut in L’Enfant et les Sortilèges (Ravel), she played the title roles of Eliogabalo (Cavalli) and La Cenerentola (Rossini), Adalgisa (Norma, Bellini), Dulcinée (Don Quichotte, Massenet) and Maffio Orsini (Lucrezia Borgia, Donizetti) – are exemplary of the repertoire that takes her to the greatest lyrical scenes. In alternation, we will hear for the first time the young Hungarian soprano Szilvia Vörös, who was invited to participate in 2016 in the Young Singers’ Project of Salzburg, and is regularly present on the Hungarian national scene, in particular in an Italian or German repertoire. She won the Concorso Lirico Internazionale di Portofino in 2017 and recently joined the soloist ensemble of the Wiener Staatsoper.

Two Italian tenors alternate in the character of Enzo Grimaldo: Stefano La Colla and Andrea Carè. Stefano La Colla will be singing for the first time at La Monnaie, in a role he has never sung before. He embarked on an international career in 2011 thanks to his interpretation of Calaf in Turandot (Puccini) in La Scala. These last seasons have seen him in Des Grieux (Manon Lescaut, Puccini) in Amsterdam, Cavaradossi (Tosca, Puccini) in Florence and is soon in Frankfurt, in Ismaele (Nabucco, Verdi) in Milan, and Calaf in Chicago and Berlin. Andrea Carè, one of the last students of Luciano Pavarotti, made his debut at La Monnaie in the role of Radamès (Aida, Verdi). Recognised for his performances of Don Carlo (Verdi), Pinkerton and Mario Cavaradossi (Madama Butterfly and Tosca, Puccini), he is coming back to play a role that he performed in January 2016 at the Beijing National Centre for the Performing Arts.

The baritone Franco Vassallo is making his debut at La Monnaie and in the role of Barnaba. This native of Milan first pursued a career in the bel canto, and then took up the great baritone roles of Verdi. He will alternate with one of La Monnaie’s most regular guest artists, the baritone Scott Hendricks, who is also making his debut in the role of Barnaba. The figures of “villain” are one of the passions of our American, who has already embodied at La Monnaie Macbeth, Il Conte di Luna (Il Trovatore), Giorgio Germont (La Traviata) and René Ankarström (Un Ballo in Maschera) by Verdi, as well as the terrible Sweeney Todd, Jochanaan in Salome (Strauss) and Tonio in our recent production of Leoncavallo’s Pagliacci. He will return later in the season for the world premiere of Frankenstein.

The Chinese mezzosoprano Ning Liang will play La Cieca, the blind mother of la Gioconda, and the French bass Jean Teitgen will sing the role of Alvise Badoero, for the first time in his career. Both are well acquainted with La Monnaie. In the minor roles, we welcome back the Italian tenor Roberto Covatta, who will interpret Isepo, and the French bass Bertrand Duby, who lends his voice to Zuane and Un Pilote. 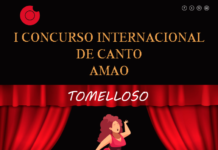 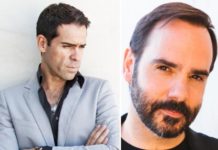 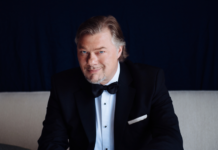