Mark Campbell’s libretto and Davis Miller Terrace Theater, Kennedy Center
June 9, 2013
The life of Cassius Clay/Muhammad Ali continues to inspire. The Washington
National Opera (WNO) closed its season with the world premiere of
Approaching Ali, a small-format delivery based on a personal experience
that resulted in a book. In fifty minutes, the musical creation of D. J.
Sparr manages to condense well all the elements of a story of overcoming,
very typical of the American taste. Davis Miller, author of the
autobiography The Tao of Muhammad Ali, 1997 book that was a best-seller,
account in it how when I was little example of the success of Ali in the
ring helped his cope with the depression which had entered, because of the
early death of his mother and bullying in class. Three decades later,
Miller, now writer, visited in his home the retired Boxer, whose movements
were hampered by Parkinson’s. From that meeting came a story for a magazine
and a book, both with great applause from the critics: Ali returned to
inspire you. Now, Miller has collaborated with Mark Campbell in the
libretto that adapts its narration.

Opera, Commissioner within the program of the WNO known as American Opera
Initiative, aimed at promoting new talent creative in American poetry,
presents the two planes of time – small Miller’s and the adult writer –
intertwining continuously and even occasionally acting in parallel. The
result is a compact, clear, emotive and positive, to melodic opera in music
and balanced voices (the cast goes the soprano-nino under Ali, passed by
the baritone Miller).

At the premiere of the work, the stage direction was conducted by Nicole
Watson, in his first job for the WNO. The Régie was able to deploy two
temporary moments – 1964 and 1989-without confusion, despite their constant
contact. The baritone David Kravitz, in the role of Miller, was the
conductive voice, which had a successful run, without being subject to
special demands of the score.

This was somewhat more demanding for the child Ethan McKelvain and soprano
Aundi Mari Moore, who became Odessa Clay, the mother of Ali. For his part,
under Solomon Howard, who made the famous Boxer, had better physical
interpretation that vowel, which was not difficult, not by the last
deficiency but par excellence of the first: surely the real Ali never came
to have the abdominal six-pack or the pronounced pectoral Howard, more
appropriate to a gym than an opera stage. They completed the deal, as the
parents of the child Miller, tenor Tim Augustin and the soprano Catherine
Martin. Steven Jarvi led the small musical ensemble, concentrated on
accentuate emotional moments that were the key to the clear connection with
the audience. 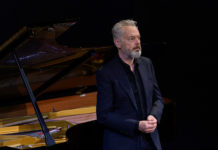 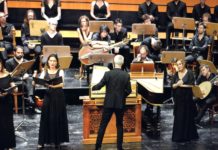