In the centennial year of legendary alto-saxophonist Charlie Parker, one company is using opera to tell a story about jazz. Seattle Opera presents Charlie Parker’s Yardbird, a work created by saxophonist and composer Daniel Schnyder and Bridgette Wimberly, an award-winning poet and playwright.

“While I wanted the opera to be about Parker’s real life, I did not want it to be a typical biography,” Wimberly said. “I searched for those private stories that helped us understand him as son, husband, musician, and man. His mother Addie sings about the fear of her son being lynched, as well as her pride and love for the musician he has become. When he dies, she sings of the pain in her heart. Through her story, we understand Parker’s.”

When the opera begins, Parker has died; his body lies unidentified in a New York City morgue. The audience then bears witness as Parker’s ghost journeys back in time to the 1940s–50s heyday of Birdland, the jazz club named after him. As Parker struggles to complete his final masterpiece, he revisits the demons, inspirations, and women who have fueled and hindered his creative genius.

The performance stars two American tenors alternating as the title character. The first is Joshua Stewart, who’s been praised by the press and audiences alike for his previous performances in Yardbird. The second is Frederick Ballentine, fresh off of his role as Sportin’ Life in Porgy and Bess at The Metropolitan Opera, and recently Don José in Seattle Opera’s Carmen (’19). The performance also includes debuts for Angela Brown (Addie Parker), Chrystal E. Williams (Rebecca Parker), Audrey Babcock (Nica), and the mainstage debut of Jorell Williams as Dizzy Gillespie (a star of chamber operas As One and The Falling and the Rising). Returning singers include Jennifer Cross (Doris Parker) and Shelly Traverse (Chan Parker).

Yardbird is based on the real Parker—but don’t expect to hear his music during the show. Seattle Opera General Director Christina Scheppelmann says that this production bridges classical and jazz music through a flexible operatic tenor with the fluid, improvisational spirit of bebop. Seattle Opera will continue to pay homage to the iconic Black American art form through collaborations with local jazz organizations. Seattle JazzED will play Parker’s music in the lobby after each Friday and Saturday performance. A musical celebration of Charlie Parker’s life and legacy will take place at the Royal Room on Feb. 24, and a screening of Bird will be presented on Feb. 20 at SIFF, with a pre-show discussion led by Seattle Opera Dramaturg Jonathan Dean and Jim Wilke of KNKX.

“From a technical standpoint, classical music and jazz share a deeper kinship than many realize—particularly jazz and early music,” Scheppelmann said. “Both genres are propelled by the excitement of live improvisation.”

In the month leading up to Yardbird (Black History Month), Seattle Opera will offer three different community events that aim to contextualize the production and highlight Black artistry. To start, renowned soprano Angela Brown (Addie Parker) will perform a recital on Feb. 4. Presented with pianist John Keene, the evening will feature musical settings of poetry and prose by American literary legends Toni Morrison, Maya Angelou, and Mari Evans; tickets are $25. On Feb. 11, people can learn more about the making of Yardbird through a free opera talk led by Dramaturg Jonathan Dean and featuring the opera’s librettist and composer. Finally, a free panel discussion on Black representation in the arts will focus on opera, theater, and ballet. Speakers will include Yardbird librettist Wimberly, as well as Theresa Ruth Howard, scholar, educator, and former ballerina with Dance Theater of Harlem, and moderated by Naomi André, Seattle Opera Scholar in Residence.

“Today, opera is increasingly an important art form to showcase Black talent and Black stories—from The Life and Times of Malcom X, Margaret Garner, and of course, Charlie Parker’s Yardbird,” André said. “Opera can be a space of liberation and activism; here in the opera house, Black people and all People of Color should be able to experience a homecoming.” 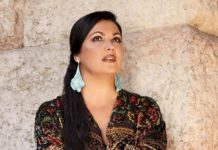 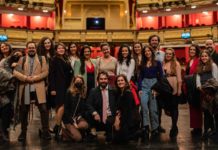 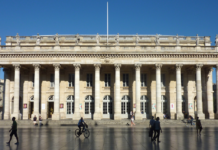 Riccardo Frizza will lead Lucia in Paris, Attila & Lucia in...