Scheppelmann heads to the Pacific Northwest following leadership roles in the U.S., Europe, and the Middle East

“When we reached out to luminaries in the opera world, Christina Scheppelmann’s name kept coming up from all angles as being someone we needed to talk to,” said John Nesholm, Chairman of the Seattle Opera Board and Co-Chair of the Search Committee. “She brings incredible experience and knowledge of singers, directors, and productions from three continents.”

Born in Germany and fluent in five languages, Scheppelmann is currently the artistic leader of the Gran Teatre del Liceu, a 172-year-old company with an annual budget of €43 million, the equivalent of roughly $50 million. The historic theater produces more than 130 performances in opera, classical music concerts, dance, and more per season.

“For many years, I have admired Seattle Opera and attended performances here regularly when I was working at San Francisco Opera,” Scheppelmann said. “In my experience, there’s a unique enthusiasm, an engaged and dedicated audience that’s always felt special at Seattle Opera.”

Previously, Scheppelmann was the first Director General of the Royal Opera House Muscat (Oman), the first theater of its kind in the Persian Gulf Region. Under her guidance, ROHM established an excellent reputation as a cultural destination in Oman and opened doors for international musical and cultural relations. As Director of Artistic Operations at Washington National Opera, Scheppelmann oversaw the artistic planning for 11 years in collaboration with General Director Plácido Domingo. She was instrumental in fundraising efforts that led to grants for individual productions, ongoing projects, and specific renovations. Some of her proudest accomplishments include an acclaimed concert performance of Götterdämmerung at the Kennedy Center Opera House in 2009. She also created WNO’s American Opera Initiative. Now going on its eighth season, the program offers young composers and librettists a developmental forum in which to bridge the gap between conservatory training and full-length commissions.

In 1994, Scheppelmann was recruited by Lotfi Mansouri at San Francisco Opera, and became one of the youngest artistic administrators at the time. In addition to season planning, hiring artists and creative teams, and building collaborative relationships within the industry, she contributed to the presentation of two major world premieres: Jake Heggie’s Dead Man Walking (2000) and André Previn’s A Streetcar Named Desire (1995), which quickly became one of the most widely played contemporary operas at the time.

“Scheppelmann is the leader Seattle Opera needs to move the company into a new era,” said Adam Fountain, a Seattle Opera Board Vice President and Search Committee Co-Chair. “She’s committed to new work, to helping the art form evolve, and to telling contemporary stories. She unites both where Seattle Opera has been, and where it’s going.”

Fountain, along with John Nesholm, led a search committee made up of eight board members total. The group included the current board president and two past presidents, plus four members representing the next generation of Seattle Opera Board leadership. During the six-month process to find Aidan Lang’s replacement, the committee met with multiple staff groups, including the company’s racial equity taskforce, made up of administrative staff members from a variety of departments and levels of the organization. An artistic advisory committee, made up of musicians, artists, and backstage crew, also met with the committee and each of the final candidates.

In the Seattle area, Scheppelmann becomes the only woman to hold the top artistic leadership position at a large theater or performing arts organization (with an annual budget of more than $10 million). In the opera world, she becomes one of only two women to lead a top-tier opera company in the United States.

Francesca Zambello, Artistic Director of Washington National Opera, said it’s especially meaningful to have another woman as a leader of a major U.S. opera company:

“I think of Ruth Bader Ginsberg’s famous comment when she was asked, ‘When will there be enough women on the Supreme Court?’ Her response was, ‘When there are nine.’ Women are such an important part of the stories we tell onstage, and they are key members of our staffs, our boards, our audiences. It is high time for more women to be represented in top leadership. Christina is greatly respected across the field, and is an ideal choice to lead Seattle Opera.”

A long-time champion of young artists, Scheppelmann has led masterclasses, lectured at artist training programs, and judged vocal competitions around the world. She began her career in the arts early on performing in the children’s choir of the Hamburg State Opera. After completing a degree in banking, she left her home country of Germany in 1988 to work in an Artist Management agency in Milan.

As a first order of business at the company’s civic home on the Seattle Center campus, Scheppelmann has made listening and learning about the community a priority in order to create a vision that not only propels opera into the 21st century, but is representative of the region and its people. On a personal note, she’s looking forward to enjoying the lush beauty of her new surroundings, kayaking, and playing golf on her days off.

“Seattle Opera has already established itself as one of the great American opera companies, and it can grow even further,” Scheppelmann said. “It has a fantastic history, from more recent work, to historic Wagner productions (some of which I have seen). Seattle Opera also has a world-class opera house with great acoustics, and now, a civic home which will add fantastic value to the community. Singers love coming to Seattle Opera, because they like the company and they like the city.” 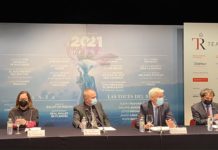 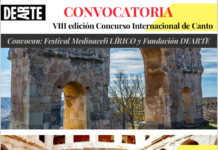