The end of the year also coincided with the closing of a series of anniversaries which had as its protagonists two renowned Argentine composers: Carlos Guastavino and Alberto Williams, of whom 100-150 years of his birth, met respectively. For this reason and under the coordination of Tomás Ballicora we have had the pleasure in Buenos Aires of a Festival that throughout all the 2012 presented a wide range of works of both artists, including pieces for piano, for camera orchestra and for voice and piano, many of them true revivals. This bad habit that we Argentines (and I think that not only us) don’t appreciate the talent of our artists in its fare proportion, condemning many of his works fall into the more unfair oblivion, has caused that much of the corpus of our authors not programmed more than sporadically, when does not remain unpublished…

The cycle came to an end and did so with a recital of chimes that renowned baritone Víctor Torres, of outstanding performance in Europe provided both in the Argentina, accompanied on the piano by the own Tomás Ballicora.

Torres solvency as a singer of this repertoire is not a secret. He knows it, likes it and studies it and its versions have been recorded on several CDs along his career, but that attendance has not subtracted him one iota of freshness and sincerity in his performances, growing in every presentation to deliver a range of hues always balanced and so tasteful that returns a gem to each piece performed.

Real pleasure gave his interpretation of the Guastavino’s «sonnet II de Quevedo» who, in addition to other works, he sang as encore, a memorable «Pampamapa» captured with a level of nuance and non-common wealth; the delicious Percival’s «Triste me voy a los campos»; «Silence» by López Buchardo with its so Belle époque spirit; and the most beautiful Williams’ «Vidalita» that touched without hesitation the public, while also achieved with Ramirez’ «Alfonsina and the sea», also included as encore.

An exquisite use of middle voices, a seamless phrasing, clear diction and a record that showed even and tuned in its entirety were the weapons with which the artist won the recognition of the public that cheered him.

Tomás Ballicora was on this occasion a luxury companion, taking fair sonorities of the piano and amalgamating it with the voice, giving the soundscape that each piece and each text demand. The end of 2012, so prodigal in uncertainties in so many aspects, gave us this certainty of having artists able to give art and enrich us by dint of talent. 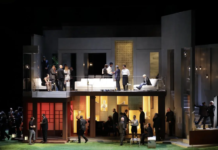 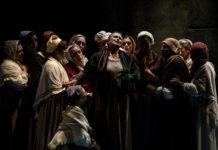 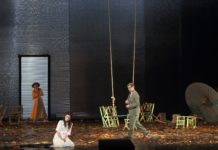