The Orchestra conductor, Russian origin Dima Slobodeniouk will be the new music director of the Symphonic Galicia Orquesta since the season 2013-14
The Slavic Maestro replaces Víctor Pablo Pérez, responsible for the Group since 1993 and that will become its first honorary director
The Orchestra conductor, Russian origin, Dima Slobodeniouk will be since September 2013 – and during the next three seasons of concerts – the new conductor of the Symphonic Galicia Orquesta, thus substituting Victor Pablo Perez in his responsibilities, after twenty years at the head of the Galician orchestral he will become its first Honorary director. his great international artistic potential as well as his youth and ambition to take on new challenges are the criteria in which the management of the Symphonic Galicia Orquesta is based to propose Dima Slobodeniouk as new conductor of the orchestral ensemble, after a search in which the estimations provided by the musicians were also considered, meant Dima Slobodeniouk as one of the best valued conductors by the Group and the one that has one of the highest scores awarded by the collective of instrument-profesors belonging to the GSO. The appointment of Slobodeniouk as new music director assumes important and decisive impetus to the present of the Symphonic Galicia Orquesta at international level, as well as also a bet on the renewal of their already broad musical repertoire and attracting new audiences, all within image changes and new artistic and social projects in which the orchestral group has embarked on last year. Thus consolidates the trajectory of an orchestra considered as pioner in Spain by audiences and performers in all areas and which helped to place the city of A Coruña and Galicia in the excellence of the international musical and cultural scene. Slobodeniouk will offer his first program as music director of the GSO, in October 2013, placing himself in front of an orchestral Group considered one the most renowned in Spain, which has been resident orchestra of the Rossini Festival in Pesaro from 2003 to 2005 and of the Mozart Festival in La Coruna since its creation in 1998. With several tours throughout Germany and Austria in addition to South America – with concerts in Argentina, Brazil, Chile and Uruguay – GSO was presented in 2009 in the historic Hall of Viena, the Musikverein. Conductors as Lorin Maazel, Guennadi Rozdestvenski, Maurizio Pollini, Daniel Harding, James Judd, Libor Pesek or Jesús López Cobos among other great names of the orchestral direction have been at the forefront of an orchestra that usually Works with soloists of the world-class of Anne-Sophie Mutter, Maurizio Pollini, Krystian Zimerman, Gil Shaham, Sarah Chang, Grigory Sokolov, Leonidas Kavakos, Arcadi Volodos, Maria João Pires, f. p. Zimmermann or Mischa Maisky. Labels such as Deutsche Grammophon, EMI, DECCA, Koch, Naive, BMG and Arts have in their catalogues recordings of the Symphonic Orchestra of Galicia, that has been nominated to the 2007 Grammy Award for best classical album of the year

The new music director of the Symphony Orchestra of Galicia, Dima Slobodeniuk maintains regular collaborations throughout Europe with orchestral groups such as the Philharmonia Orchestra of London, the Royal Scottish National, the Orchestre National de Radio France, the Philharmonic of Oslo and Bergen, the National Orchestra of Belgium, Bremen Philharmonic, the Netherlands Radio Philharmonic, Monte Carlo and Strasbourg Philharmonic Orchestras, Bonn Beethovenhalle, the Orchestra of the RAI in Turin, Lucerne Symphony Orchestra, Ulster Orchestra and Orchestra of St. Gallen. The presence of Slobodeniouk in United States musical circuits is also significant, because after his recent and impressive debuts in the seasons of concerts of the Cincinnati Symphony and the St. Paul Chamber, orchestras, will make his debut this season at the head of the Baltimore Symphony Orchestra. His expected return to Finland will include concerts with the Finnish Radio Symphonic Orchestra, the Philharmonic of Helsinki and Tampere, as well as the symphony orchestras of Turku and Lahti. Also this season other concerts are schedulled that will give good example of ductility and breadth of his repertoire, with performances of music by Luciano Berio in Turin, Lotta Wennäksoi in Henlsinki of Schumann in Amsterdam, w. Lutoslawski in Strasbourg and Dimitri Shostakóvich in Monte Carlo and Baltimore, as well as managing programs with some of the major current soloists, such as Rudolf Buchbinder, Denis Kozhuhkin, Dejan Lazic, Denis Matsuev, Alexander Toradze, Simon Trpceski, Vilde Frang, Tabea Zimmermann, Jan-Erik Gustafsson and Tine Thing Helseth.Slobodeniouk he is increasingly appreciated for his collaborations with fellow composers.

The young Finnish composer Sebastian Fagerlund has been presented on the BIS label under the conduction of Slobodeniouk and with the Symphonic Orchestra of Gothenburg (published in the spring of 2011 with stunning reviews). Slobodeniouk will reset his work with the RAI in Turin, as well as he did in his debut last season with the Symphony Orchestra of Castilla y León. As with the Chamber Ensemble Avanti!, takes these ambassadors of new music with works by the young Estonian Helena Tulva, Larcher, Lindberg and Salonen, to his concert debut in the Konzerthaus of Viena. Nacido in Moscow, Dima Slobodeniouk studied violin at the Central music school with Zinaida Gilels and j. Chugajev between 1980 and 1989. He continued at the Moscow Conservatory in 1989, after moving to Helsinki, where is residing, to further his studies at the Sibelius Academy and Conservatory Middle Finlands with Olga Parhomenko. In 1994 he began his studies of conduction, participating in the classes of Atso Almila between 1996 and 1998. He continued his studies at the Sibelius Academy under the direction of Leif Segerstam, Jorma Panula and Atso Almila. He has also studied with Ilja Musinin and Esa-Pekka Salonen. As Director holder of the Symphony Orchestra of Oulu between 2005 and 2008, he directed as many concerts as opera productions. 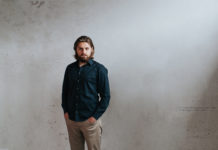 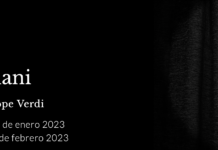 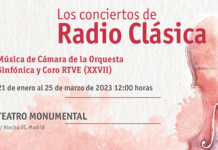