Muti and the domain of excellence «Donizettiana»

We were before the second of the four functions that will direct the Italian conductor Riccardo Muti on their way by Madrid, and in this case, with a change of program, since the premiere of «The rappresaglia» Mercadante was initially planned. The change has turned toward one of the titles that Muti, from its beginnings, is a consummate specialist, the great «Don Pasquale» from the always underappreciated Gaetano Donizetti.

Say undervalued because, normally, it tends to discredit the crowd of the opera houses, those works that do not end in a tragedy, perhaps by the fact that it is easier to perceive the «greatness» in the drama than comedy. And it’s a shame because Donizetti has a lot of comedy, but also drama. Muti in an interview in Madrid these days highlighted that, precisely, the difficulty in the interpretation of the Italian genius was in the balance that had to get between the comedy moments and the dramatic.

This was seen in the role yesterday, Muti is not a spectacle in the pit as other directors more given to the gestures face to the Gallery, most of the time outside the address. Muti transmits calmness, self-confidence and especially an economy totally controlled gestures, meticulous, almost programmed in all aspects, managing when touches the Orchestra, choir, or singers; specially interesting is to see how he was cutting the outputs of the choir with unmatched precision. Muti is a scholar, an intellectual, studying each partiture deaply and the work that he does with the Orchestra before each concert and interpretation has to be comprehensive. And the result are there, in the vision of his score yesterday, splendid, detailed; he tailor-made Orchestra and that was without doubt his address with a clarity and an excellent balance with the singers and chorus. Quite an event see this wizard of the baton. He took everything he could get of a magnificent music.

Andrea de Rosa Stage was one already used and which came from the Ravenna Festival; simple, but effective, I don’t think that anything more was needed. It consisted of a central stage where most of the action took place as in a play, around it the rest of the actors moved anticipating the moments that we would live on stage as if we were in the backstage of a work play.

The simplicity of the proposal was dynamic without being minimalist, and sincerely, almost grateful for right now after what we live with Don Giovanni. It wasn’t outstanding, but it was enough for what we were seeing.

I didn’t expect too much of the singers and however It was a very good surprise. I imagine that the own Muti have had to do much in the choice of them. Nicola Alaimo as Don Pasquale and Alessandro Luongo as the Doctor Malatesta were two of these paradigmatic examples of bass singer, this type of bass that is required a large capacity of action and, more than a broad record, a proverbial ability to recite sung texts with a demoniac speed (of this Rossini and Donizetti have a few roles of quite difficulty); taking into account these characteristics the two of them were really funny in its interpretation of the two characters and showed that they dominate their roles, despite having no particularly large voices; specially beautiful is the timbre of Alaimo. Dmitry Korchak as Ernesto proved quite adequate for the role, tenor repertoire with a good legato that helped him to sing without difficulty the requiered coloratura; but had some difficulty in the high register permeating some notes,it is also true that he improvised a Do of breast in his romanza which, frankly, I didn’t expect; his voice is not beautiful, perhaps due to the lack of clarity in its treble but it turned out to be very suitable. And the big winner of the night at the vocal level was the Eleonora Buratto’s Norina, doting and tremendously sparkling throughout the performance delighted attendees with a gallery of coloratura and worthy of mention acute notes; despite the difficulties, resolved every passage fluently, a vocal stream in a voice, in addition, certainly beautiful, obtained at all times jamborees of a rendered public.

The titular chorus, like we always do was resounding in their choral passages.

Definitely, Muti knew how to provide with magic to a magical score itself and saw a show that filled the expectations of the public, among which was our Queen on this occasion and I imagine that She enjoyed as the everybody of the representation. 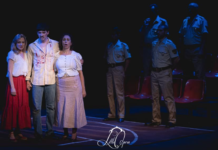 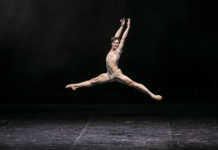 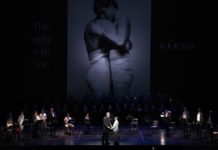