25 years of triumphant career is what has been held a gala at the San Carlos Theater of Lisbon in tribute to the Portuguese-Spanish soprano Elisabete Matos.

With a very broad and difficult program Matos deployed all her great qualities as a dramatic soprano: vocal amplitude, musicality, phrasing, impeccable and radiant trebles, pianos, tuning, nuance, etc. All this in a repertoire that included arias, duets and sets of El Cid by Massenet, almost all the Act IV and part of the II act of Macbeth by Verdi, aria and Duet from La fanciulla of the West by Puccini and parts of acts I, II and III of Puccini’s Turandot. More than three-hour concert that was too short given the quality of what was presented.

Next to her, the tenor Aquiles Machado’s voice beautiful which caused enthusiasm with «Nessun dorma»; the baritone Juan Pons who retains his voice flawless as demonstrated in the aria of Macbeth; Portuguese sopranos Dora Rodrigues, Sonia Alcobaça, Sofia Pinto and tenor Garlos Guilherme.

They were accompanied by Portuguese Symphony Orchestra, the chorus of the Theatre and the Juvenile Lisbon Chorus.

All the concert went in Crescendo in each of the participants there the deserved success to an Intelligent singer, nothing like a diva and delivered to her art and to the public. 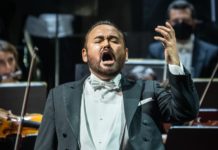 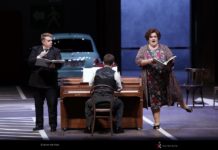 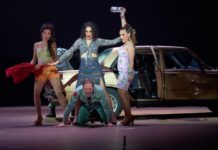