Bernd Loebe, director of the Frankfurt Opera, does not seem to share the disparaging views of some of his colleagues on the operas of Puccini. If 5 years ago offered a new production of Le Villi, now the turn comes to Edgar, although on this occasion in concert version, the result has been an undeniable success, based on a remarkable musical version and a vocal cast of height. Edgar will not be a masterpiece, as that later composed Puccini, but there is no doubt that it has designation of origin and the inspiration of the composer from Lucca is present on many occasions. The major problem with this opera is its libretto, which sinks particularly in the last act, which is almost incomprehensible, not to say absurd. It is not strange that, after this experience, Puccini had devoted so much attention choosing the librettos and librettists from Manon Lescaut. However, musically it is not an opera which deserves to have fallen into oblivion, since it has very good pages, among which I will highlight the “concertantes” closing the first act, the duo of Tigrana and Edgar in the second act, the prelude to the third act, the two arias of Fidelia in the final act and the final speech of the protagonist. Few have been the opportunities that the fans had to know this opera in the last years. Indeed, in Spain you must go back to 1998 in Valencia, in that missing Puccini Festival, and, subsequently, to 2004 at the Liceu, always in concert versions.

The version offered in Frankfurt is the latest revisions that made Puccini on the occasion of its premiere in Buenos Aires in July 1905. In charge of the musical conduction has been the French Marc Soustrot, whose reading has been much better than expected in advance. He conducted with safe hand and great control of all the musical forces at his disposal. Singers well supported and has been brilliant in the preludes, as well as the “concertantes”, as well as the intermediate of the third act. To highlight the performance of the Frankfurter Opern und Museumorchester, improving the performance of the previous day in Falstaff. Good also the Chor and Kinderchor der Oper Frankfurt. 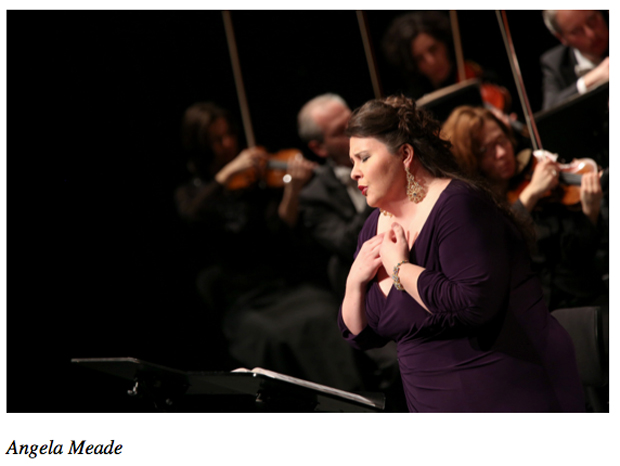 The vocal cast has provided justice to the great vocal demands of this opera. In other subsequent operas of Puccini singers can be covered by the quality and popularity of the music, but not so in this case. With mediocre singers, there is nothing to do.

The protagonist Edgar was played by the American tenor Bryan Hymel, which obtained a clear popular victory. The voice is very beautiful and homogeneous, sings really well, surrenders and overcomes the difficulties of the score, taking a remarkable Italian diction. His instrument still needs more power and volume. If he had them, it would result in the current ”Tenorisimo”.

The American soprano Angela Meade was the interpreter of Fidelia and her performance was great. She sang with extraordinary taste, offering a tool very rich and attractive, accompanied by an exceptional technique, which allows to offer beautiful sounds. It is not very well understood that in Spain she has not sang opera rather than inPerelada. 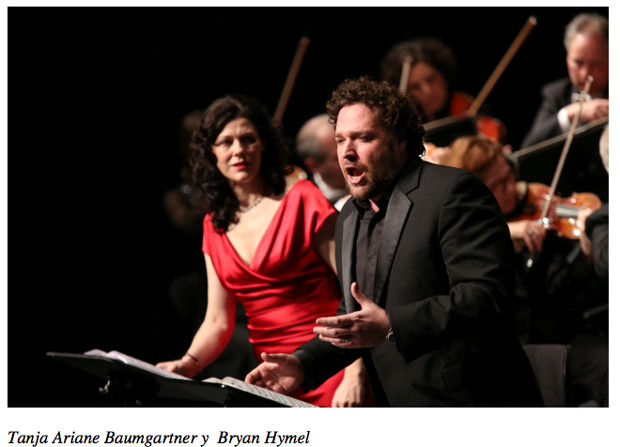 The mezzo-soprano Tanja Ariane Baumgartner was the interpreter of the evil Tigrana, being the sole representative of the Frankfurt Opera in the cast. Her performance has been really good, as they have been others which I remind from her in this theatre. She has a spacious and well ring tool and is a wonderful performer. Her biggest problem was an incomprehensible Italian diction.

The Italian baritone Marco Vratogna was responsible for the character of Frank and did well, with proper voice. He was loose, almost without the score, as he has sung the character for 4 years in Bologna. The Korean Bass Kihwan Sim, from the Opernstudio of Frankfurt, fulfilled in the episodic character of Gualtiero, father of Fidelia and Frank.

The theatre offered an occupation of around 80% of the capacity. The public showed their enthusiasm in the final greetings with bravos to Bryan Hymel, Angela Meade and Tanja Ariane Baumgartner, in this order. Major cheers received also Marc Soustrot and the Orchestra. The concert started promptly and had a duration of 1 hour and 59 minutes, including an intermission. Musical duration of 1 hour and 30 minutes. Nine minutes of intense applause. The price of the most expensive ticket was 100 euros, having stalls seats for 53 euros. The cheapest ticket cost 29 euros, also having locations for 13 euros with low visibility. 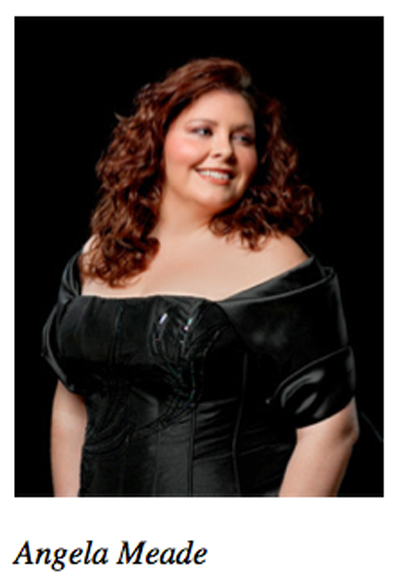