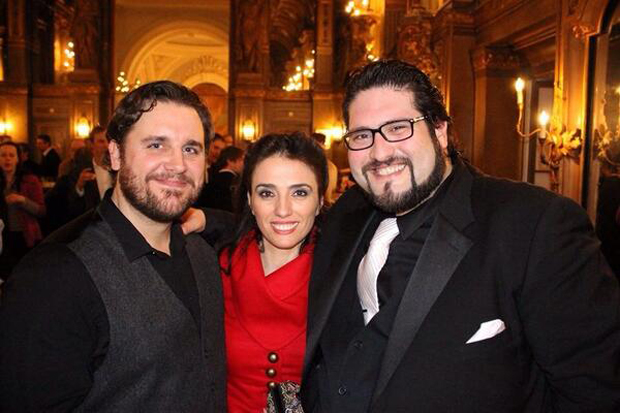 Before taking the baton to lead the holder Orchestra of the Theatre Royal de La Monnaie, the Italian master Evelino Pidó turned to the public to ask for a minute of silence for the death of what had been the artistic director of the Brussels opera for ten years (1981-1991). Gerard Mortier. Many of the participants did not know even the news, and a quiet lament toured the boxes. Then there was no applause, just a tense absence until it began to sound the first notes of the cello.

They represented, in concert version, Guillermo Tell (Paris, 1829). It is a long opera, of French tradition, in four acts, with Overture and two ballets. It was the last opera composed by Rossini before his retirement. It is a work of singular beauty despite the prevalence of serious and sombre tones, and the shortage of sites for solo singer. The score calls for a thin and compact, choir with personality, who knows how to sing with anger and hope, as the case may require. Guillermo Tell is, with its libertarian and bellicose theme, a precursor work of Verdi’s Nabucco, which took so much social impact for the Italian Risorgimento. Here the work of Rossini sings with verve to freedom, and puts the destiny of a people and its heart in the edge of the sword (or more appropriately, at the tip of the arrow). He also sings the impossible love, and filial love, with the delicacy of an eternal music. And so, in this tension between collective freedom and personal relationships, is discovered the best Rossini.

The work was served with safety and detail by Evelino Pidó, who was compassionate with the singers (he asked for restraint in the aria for tenor ‘ Asile history’). However, he spared no resources in the numerous tableaux, like the powerful end of second Act, in the ensemble of the third Act, or a sublime finale of the fourth Act. 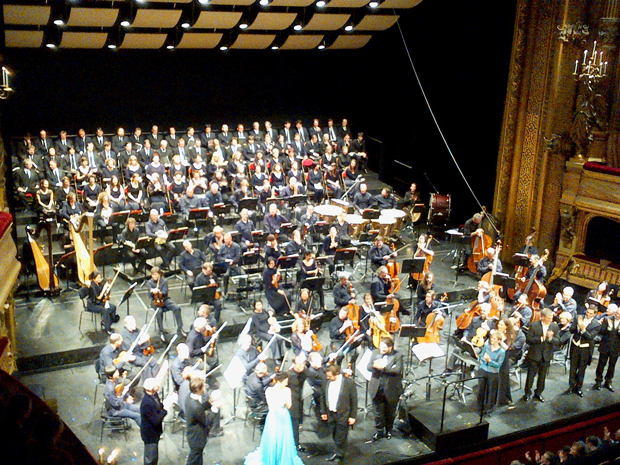 The main role was played by the Italian baritone Nicola Alaimo, who showed an enviable vocal strength and, although he could not provide all darkness requested canonically to the Archer caudillo, we enjoy a wide register, issue always clean and friendly voice. His intervention at Sois Immobile, where bids farewell to his son before launching his famous arrow, met the most demanding due to the musicality and delicacy of his legato singing and his filling with the sound of the Orchestra of the Monnaie.

The tenor Michael Spyres as Arnold, with a voice of great elegance, gave the replica although less resistant. The American has much metal in the throat. His line, always refined, sounds stale, almost historic, since his treble, placed very high; always sound too from the head, false at times. It was precisely during the performances of Guillermo Tell in Paris when Gilbert Duprez sang for the first time the C Major, meant by the over acute C with full voice, without emitting the sound in falsetto. The public in Brussels celebrated the interventions of Spyres, which endowed with substance and elegance to a character who requires a vocal strength in acute bombproof, despite obvious fatigue that accused at the end of the opera. Despite this, he sounded very well and his interpretation was exciting.

Marco Spotti put his convincing voice at the service of Walter Fürst, and showed that he dominates the style, and that it is a safe bet for these roles, even for others of more weight.

The audience enjoyed a trio of ladies in the female part. Nora Gubisch (Hedwige) met with her matte and wide voice. In spite of starting somehow flat on the interpretive, grew from the second Act, infected by her colleagues. Ilse Eerens played the young Jemmy, the son of Guillermo Tell, which supports the famous Apple on his head. The Belgian, has a small voice which is going very well to paper, that climbs with ease the acute zone, where she developed the best of her art, with a pristine broadcast and a tasty sound. The Albanian soprano Ermonela Jaho squandered enthusiasm and intention, with an emphatic singing and detailed, very acting; even though her voice narrows clearly  in the acute, where loses shine. However, she played Mathilde with great stylistic intelligence, taking a surprising leverage to her instrument.

There was chemistry on the stage of La Monnaie. Things were going out well and the complicity among the performers was evident. The end result was an interpretation of high-quality, balanced and enthusiastic, awarded by the public with more than ten minutes of ovation.

More than four and a half hours after that will be silence for Gerard Mortier, the harps came to a heavenly sound: was freedom triumphant descending to meet the Helvetian people. It was the same spirit that also appears at the end of Fidelio, which inexplicably turns a strange flame inside the listener. So said goodbye Rossini to opera audiences; putting in contact the celestial world with the human longings through the great and delicious bridge that tended with his music. An ode to love, and freedom.

An intense Russian evening with the Seattle Symphony and Lucas Debargue