Is Opera Dead? Is the Met Next?

San Diego Opera will close its doors this year; an era is ending whether I want to admit it or not. I performed there many times and always had an extraordinarily collaborative experience. It felt like my home company.

Reality The audience that can afford to pay $280 for an opening night ticket is a microscopic percentage of this planet’s population. Ticket prices on Broadway are high too. But a family comes to NYC to have a spectacular night out. There isn’t that same attitude about opera. Even as a leading lady, I couldn’t afford to buy the tickets and attend the art form my participation helped make so beautiful. What is wrong with that picture?

Costs I’m enormously sad, but I must ask the obvious question: Is opera dead? With each production costing millions and the head stagehands in NY making over $464,000 per year, is the cost of doing business strangling the art form? Is the venerable New York Metropolitan Opera next to close its doors?

Contemporary Opera I learned about opera from my beloved Italian grandmother. Her experience of opera had nothing to do with galas, stars, red carpets, glittering jewels or designer gowns. Her opera (written by her contemporaries!) reeked of sweat, garlic, passion and earthy reality that appealed to the society it served.

The earliest operas written by commissioned artists to entertain kings were vehicles for stars like the castrato, Farinelli, and spoke of elevated themes of love, death, pride and the gods. Then verismo walked in. That was the opera my grandmother knew. It was all about blood, guts, sex, murder and revenge (vendetta, tremenda vendetta). It described my crazy family perfectly. It was the New York Daily News set to exquisite music.

Patrons Throughout history, the higher levels of society whose basic needs were taken care of, supported the arts. Lee A. Olsen helped me escape my plebeian bonds to pursue opera and live and study in Milan. She supported my beginning artistic efforts for years. When she died in 1992, I lost not only a mentor, but a friend and confidant. Opera lost a passionate supporter. She truly loved artists and the art form. San Diego Opera’s patrons have supported their opera company steadfastly for 49 years.

Olympic Athletes Since I began my career in the late ’70s audiences have changed enormously. Opera, which literally means work, takes years to master. We are Olympic athletes and the Olympians are dying. The games are fraught with political maneuvering and art is a social barometer. The Olympians and the opera singers, the medalists in the highest rung, have a brief, spectacular reign. To learn the eye movements of Chinese opera it takes 10 years, it takes at least that long to master an exquisitely controlled messa di voce. Does anyone care?

Technology While technology has proliferated and made our small planet a net of virtual interactivity, it has also diminished our actual connectivity. How many times have you sat in a restaurant and seen two people screen sucking instead of talking, or even more astounding, listening to each other? Our attention spans don’t allow a three-hour opera to unfold. Art and music is an acquired taste: acquired only after food and shelter has been taken care of. We drew on the walls of our caves by firelight. What will we draw on the walls of our cocoons when we withdraw into the safety of our homes guarded by security systems and touch our world only through cyberspace? Are we losing the ability to truly interact with others? That interaction is what makes a night in the theater magical.

Have we discovered our Olympians are only human? Have we supplanted them with the god of technology who allows us to interact, but not too much? Have we retreated to where we have safety in snark and bullying and can tweet our twerks. There is an app for that. Do you think it would make a difference to attendance if we hired Miley in her plastic costume, for Liu in Turandot?

Passion and Garlic The opera my grandmother taught me arrived in a little cart to the village of Pentone, Calabria. A meal was had, a makeshift set was set up and tired players and musicians, aflame with passion, sang their hearts out and passed the hat. People no longer come together at the arrival of the troubadours.

Struggling everyday people don’t go out for entertainment — they go in. They go into their Wiis, their games and giant screen TVs. Theater? Opera? Symphony concerts? Why?

My students What do I tell my young students at the university who are spending thousands of dollars pursuing the chimera of opera? I tell them to have a Plan B. I tell them the venues are closing. Of course, I’m not teaching at Juilliard, I’m teaching at a poor university where most of the students are the first in their family to pursue higher education. Their priority is survival, not art. Where do they fit in this dying of the light?

Jobs Lost Where do the fabulous orchestral musicians, composers, magnificent singers, stage crews, makeup artists, costumers, lighting designers, set designers and directors fit? Is art and artistry still alive and thriving? Or is my view obscured by looking at my beloved art form through the lens of the have-nots?

I wouldn’t call New Zealanders a musically sophisticated audience but they started out with six performances of Carmen in the ’93 season of Auckland Opera and had to add four more performances. The audience demanded it. The company went from being in the red to solvent with 10 sold out houses and SRO ticket sales. Their marketing was superb (Gabriel you were a wizard) their budget was minuscule and they knew how to sell their product.

Crowdfunding Can we save opera with crowdfunding? Is there anyone out there who wants to save it? I’ve been out of opera’s performance circle for over a decade. I ask you, my colleagues who are still performing and the companies I have worked with around the world and the younger generation of singers — what can we do?

Can someone, anyone, give me some hope that the art form I spent 40 years of my life refining and performing isn’t on its last legs? Can it still draw breath and is there an elixir (d’Amore?) to revive it?

Or is it requiem aeternam? 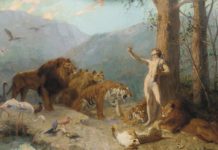 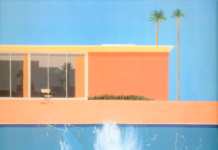 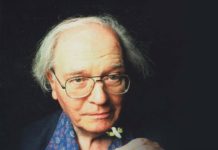