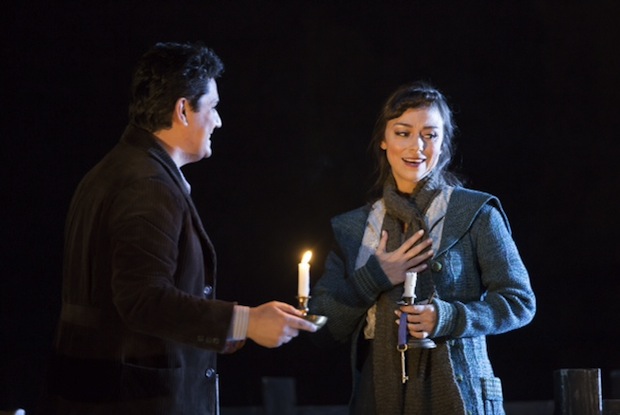 If at the end of a performance, while still surrounded by darkness, the audience takes advantage of the curtain fall to secretly dry their tears, then you definitely know that «La Bohème» has worked out well. The new production of the Washington National Opera brought together a reasonable staging entrusted to Jo Davies. Saimir Pirgu (Rodolfo) and Corinne Winters (Mimì) displayed beautiful lyricism in their voices and conductor Philippe Auguin achieved much delicacy with the orchestra when Puccini’s score requires playing almost silent notes. It is therefore not at all surprising when the audience’s hands decided to first seek refuge in their eyes and then commence the applause. 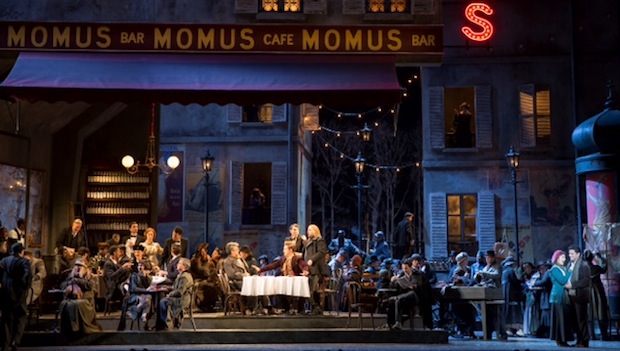 This having been said, there were also some discrepancies:
the Café Momus scene in the Parisian Latin Quarter displayed an excess of exuberance. Too many things taking place at the same time which makes it difficult to follow singers’ utterances and appreciate their music-making: waiters dancing, children running up and down and even a Charlie Chaplin double who imitates his peculiar saunter as well as other movie gestures.

Fortunately such inconsistency lasted but the wink of an eye. The second act brought about a concentrate of simplicity: duets near a gate, with a backdrop of lined-up trees which camouflage an optical trick. The leafs of the snow-covered winter branches turn red and give way to spring. 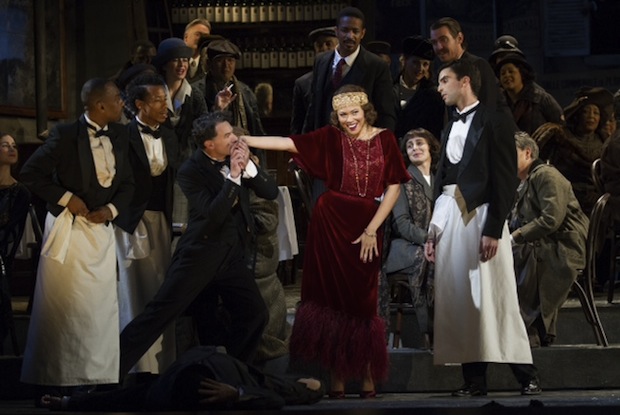 The Albanian tenor Saimur Pirgu sang from the beginning with the strength and frailness of a passionate poet. Corinne Winters required a bit of time to find Mimi’s real spot in the group of voices but was soon able to give life to all the shyness and determination of her character.
The baritone John Chest, whose long blond hair undulated with every gesture, gave his role Marcello a special touch, although in vocal presence he was surpassed by the bass Joshua Bloom, whose Colline had great stature. The cast was completed by the efficient Alyson Cambridge (Musetta) and the less known Steven LaBri (Schaunard). Donato DiStefano sang the double role of Benoit and Alcindoro.

Alain Altinoglu has been appointed as Music Director of the Théâtre...