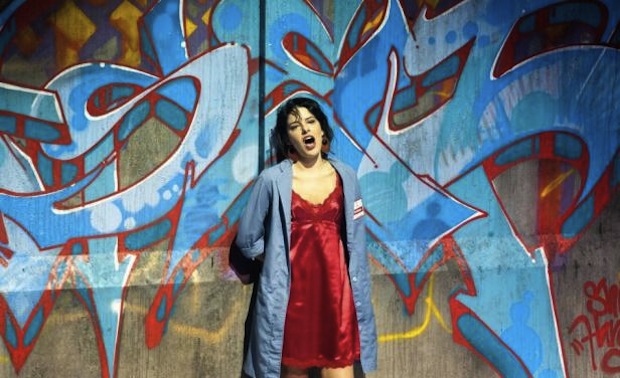 Last day of October, a new version of Carmen by Bizet will air in Adela Reta National Auditorium in Montevideo (Uruguay). This version, whose director is Marcelo Lombardero, promises to bring some polemics.

Lombardero has revised this version to be something spectacular, more inspired from musical aesthetics than a traditional opera. “That’s the good thing with performing arts: they allow this kind of revision.” – says Lombardero. But the reinterpretation doesn’t end there: the original version, where soldier Don José kills Carmen when she discovers she has been cheating on him, needed a new perspective. In this version, the problem is not Carmen, but Don José: a killer who kills his wife because he thinks she belongs to him. And to enhance this powerful aspect of the plot, Lombardero has decided to blown away anything that might evoke a folcloric essence, which, in his opinion, misleads and doesn’t let the audience to focus on the plot. He has also introduced new elements, such as hip hop and urban dances.

Plainly said, there’s nothing new about reinventing an opera. Something similar was already done fifty years ago with a film called West Side Story, except for the fact that that was a reinterpretation from a theatre play. However, this new version might have some new things to offer, since the version, although polemic, has already been awarded several prizes, such as the Premio Lunas 2013 a Best Classic Show at Auditorio de México and Premio ACE 2010/2011 to Best Staging in Argentina.

In this version however, Luisa Francesconi and Mariana Rewerski will be playing the role of Carmen, rotating among two casts that will perform the opera six times. Rest of the cast names are: Dante Aclalá and Juan Carlos Valls as Don José, Paulina González and Jaquelina Livieri as Micaela, and some other talents such as Marcelo Guzzo, Gerardo Marandino Andrés Presno and Stephanie Holm.

The limits of the stage, by Arturo Reverter