Is Opera so complicated as to need a course to be able to enjoy it?

It is as complicated as how much you want to learn. One can be able to enjoy it without understanding anything about it but there are, of course, different levels of  enjoyment: art is filled with codes and the one who knows them is able to enjoy a hundred times more. One of the things that fullfills me the most is when my ex-students tell me that now the listen to the musin in a complete different way and so the way to experiment it has completely changed.

Many people feel intimidated by Opera…

That prejudice must be erased : in the 19th Century Opera was as popular as street theatre. People would go to listen to Verdi carrying a pack-lunch. Opera is in deed for everyone.

How did we ended up turning Opera into something only a few ones are able to understand? The answer is in the cultural change which took place after the World War II. The perspective and approaches of the education system changed: before that time, dead languages, art and music where essentials on primary education, nowadays it is all about technology and applied facts.

For the amateurs, I would recommend “La Traviata”, I am afraid the tickets price will play a significant roll as well….

The economic elite, not the cultural one, have tried to take full control and ownership of the Opera: it does look good to go to it even if you have no idea about it whatsoever. It is a mixture between political power and economical glamour which is in fact damaging the culture.

What does Opera provide which other music genders do not?

Basically it is strongly linked to Theatre. Music and Theatre, combined, make a symbiosis and, as a result, something completely new and different full of neverending possibilities. Opera, as well, has always been linked to political and historical relevant occurrences.

How would you recommend for an amateur to dive into Opera? Is it better to get started with and Aria selection or would you rather recommend listening to a full Opera from the beginning to the end?

Those compilations, such as “The most beautiful Arias” are completely anti-operistic. I would listen to them whilst driving or ironing so I would not fall asleep, but that is certainly not Opera. In my opinion is better to select significant Operas, definitely not the most complicated ones, to start catching all the different levels: why does the Choir or the Orchestra start on a certain moment, why, eventually, action stops and then a certain roll starts singing individually…

Which Operas do you recomment for the begginers?

Verdi’s “La Traviata”, Mozart’s “Le Nozze di Figaro”…. I would certainly not start with Wagner’s “The Ring of the Nibelung” which is a very complicated piece.

And what about the kids? An original one or an adaptation?

There are certainly some really good adaptations which compile the scenes which are easier to understand and which allow introducing the instruments before playing them. Mozart’s “Zauberflute”  is very often performed with puppets. 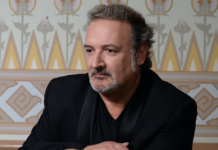 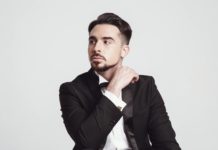 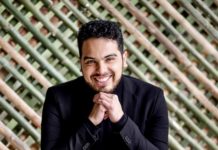