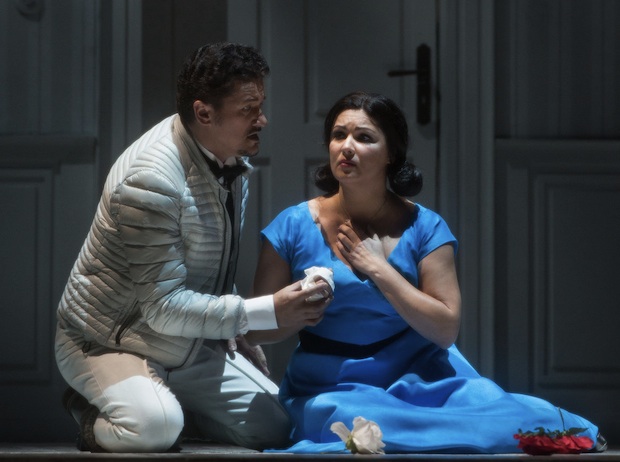 The Metropolitan Opera House of New York presents these days a double bill, Tchaikovsky’s last opera, Iolanta, and Bela Bartok’s Blue Beard’s Castle. Both works were unusual in New York. Actually, Iolanta was performed for the first time at the MET 123 years after being composed.

However, the combination is not as risky as it seems. The Iolanta production, created by the Polish scene director Mariusz Trelinski, had been seen in 2009 at the Baden-Baden festival. For this reason, the most interesting visual part of the show, was Bluebeard’s Castle. Here Trelinski created an unique and direct vision, with some concessions to cliches such as gender violence or vampirism. The two operas, smartly connected by the unitary vision of Trelinsky, draw on the ideas of blindness and love, as preludes to both joy and desperation.

With regard to the music, the experienced Russian conductor Valery Gergiev took control of the always-the-same MET Orchestra. With Iolanta, they sounded more like an Eastern orchestra and provided truthful faithful musical details, full of passion and dramatic depth. They were less delicate with Bartok. Gergiev failed to be moderate in a piece that asked the orchestra to be more restrained. 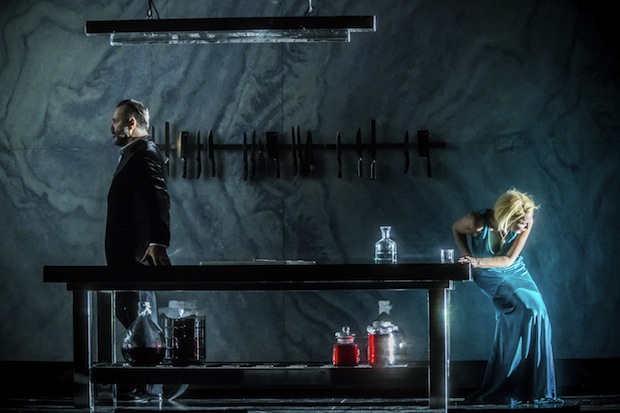 As usual in New York, singers rarely fail to meet expectations. Russian diva Anna Netrebko has delivered to the world one of her preferred roles. Young princess Iolanta is not a heavy role. It can be sung without a great effort and enables artists to develop their dramatic skills. Thus singing Iolanta is not the most challenging role a Russian primadonna like Ms. Netrebko may face. Nevertheless, her voice fits perfectly with the princess’ psychology, and Tchaikovsky’s sincere musical lyricism finds in Netrebko’s voice the perfect performer. Meanwhile, German soprano Nadja Michael achieved a huge success thanks to her passionate performance of Judith, the consenting victim of Bluebeard. Michael portrays a deluded character that goes beyond gender and domination issues and achieves a continuous stream of dramatic tension throughout the whole opera.

Both female singers combined delightful voices with an appealing presence. However, Iolanta and Bluebeard’s Castle are two operas that do not serve the male soloists well. Count Tristan of Veaudemont (tenor), hopelessly in love with Iolanta, and the dark Bluebeard (bass) are both vocally strong roles. But they always appear in second place compared to the female singers. But, in fact, they are the keys to the dramatic action, and fundamental to the stories. Iolanta recovers her sight only thanks to discovering love. And Judith is just another woman who gravitates around the contradictory and mysterious Bluebeard, a metaphor for solitude as an unavoidable part of human experience. At the MET, Piotr Beczala showed a consistent technique and a rich voice in the role of Veaudemont. His singing was easily delivered at the top of the range and was served with an elegance deserved by the role. His duet with Netrebko was the best of the show. Russian bass Mikhail Petrenko painted a solid Bluebeard musically but looked too static in the hands of Trelinski. Both male roles were the actual keys to the success of this MET production.

Iolanta / Bluebeard’s Castle is a novel touch within the conservative tradition of the MET that, supported by a remarkable group of singers, delivered a play of contrasts -two fairy tales, one about the recovering of the light (the sight) and the other its loss, a dark trip to the blindness of solitude and desperation. As usual in good operas, all is in the music.

An intense Russian evening with the Seattle Symphony and Lucas Debargue