It is becoming a tradition for Alain Altinoglu to celebrate the end of the year at La Monnaie. He did so with Massenet’s Cendrillon in 2011, Rimski-Korsakov’s The Golden Cockerel in 2016 and Dialogues des Carmélites in 2017. This year is no exception. As a delicious and festive epilogue to 2018, our musical director will take up his lyrical baton for Gaetano Donizetti’s classic comedy Don Pasquale.

Played for the first time in 1843 in Paris – and performed ten years later in Brussels – Don Pasquale enjoyed a considerable, unending public success. The composer took on a theme widely exploited in the theatre, especially in the Commedia dell’arte: the setbacks of an old and rich bachelor, Don Pasquale, desperate to get married. Donizetti’s music fuses, ripostes, caresses, plays and swirls. If he borrows from Rossini his virtuosity and his dynamics, he treats it with a very personal verve. The beauty of the melodic lines in particular belongs only to him. Take into account a tinge of nostalgia and romance, and it all adds up to one of the most brilliant comedies of the composer.

Reshaping the production he created in Santa Fe, the French director Laurent Pelly is proposing here a new adaptation for Brussels. The characters drawn in black have lost nothing of their acuity, or their humour. Don Pasquale, an old medicine-abusing decrepit, the capricious and infantile Ernesto and the authoritarian coquette Norina evolve in a setting of Chantal Thomas who highlights the tyrannical and selfish character of the “hero”. Duane Schuler’s lighting brings its touch of poetry to her (sur)realistic decor, the house of the old richard that,will be literally turned upside down by the arrival of Norina..

The cast will feature many debuts at La Monnaie: Rodion Pogossov, Joel Pietro and Alessandro Abis. The Italians Michele Pertusi (baritone bass) and Pietro Spagnoli (baritone) will perform the unlucky Don Pasquale. Michele Pertusi, whose impeccable technique makes him an excellent singer of Rossini and bel canto, has sung several times at La Monnaie, notably the title role of Falstaff (Verdi) in 2006 and Sir Giorgio Valton in I Puritani (Bellini) in 2007. At La Monnaie, Pietro Spagnoli brilliantly performed Rodomonte (Orlando Paladino, Haydn), Bartolo (The Barbar of Seville, Paisiello) and Delirio (L’Opera Seria, Gassmann). Don Pasquale is a role debut for him.

The Belgian baritone Lionel Lhote and the Russian baritone Rodion Pogossov will incarnate Dottor Malatesta. Among the long list of roles that Lionel Lhote has already had at La Monnaie, we remember that he embodied with the same passion Sancho in Don Quichotte (Massenet), Dandini in La Cenerentola (Rossini) and Somarone in Béatrice et Bénédict (Berlioz). Rodion Pogossov makes his debut at La Monnaie with a role he performed at the Metropolitan Opera where he is regularly invited.

The romantic nephew Ernesto will be performed for the first time by the Italian tenors Joel Prieto and Anicio Zorzi Giustiniani. The Puerto Rican tenor Joel Prieto has made his mark on many stages such as, this last season, the Dresden Semperoper in Les Troyens (Berlioz) and le Teatro Real in Madrid in Street Scene (Weill). We have only had one opportunity to hear Anicio Zorzi Giustiniani at La Monnaie: he sung Telemacoin Il Ritorno d’Ulisse in Patria (Monteverdi) in March 2017.

Norina’s role will be performed by the sopranos Danielle De Niese and Anne-Catherine Gillet, both great singers and actresses. Australian born Danielle De Niese conquered La Monnaie’s public in the role of Cleopatra (Giulio Cesare in Egitto, Handel) in 2008. She finally returns to our stage to embody this character of a young widow that she sang in June at the Vienna Staatsoper. The Belgian Anne-Catherine Gillet is a regular guest at La Monnaie. After her debut in 2000 (Frasquita in Bizet’s Carmen), she returned on many occasions having again recently incarnated Adina (L’Elisir d’Amore, Donizetti), Hero (Béatrice et Bénédict, Berlioz) and Blanche de la Force in our production of Dialogues des Carmélites (Poulenc) in December 2017.

The young Italian bass Alessandro Abis interprets Un Notaro for his debuts at La Monnaie. A frequent guest at Italian theatres where he has mostly performed Puccini and Rossini roles, he was invited to participate at the Salzburg Festival Young Singers Project. 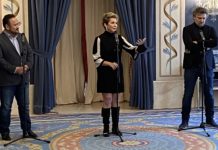 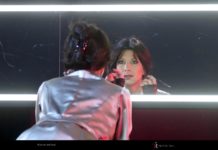 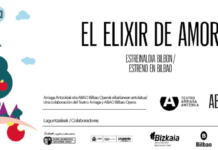 Seattle Symphony's 2016 Young Composers Workshop Culminates in a concert of...