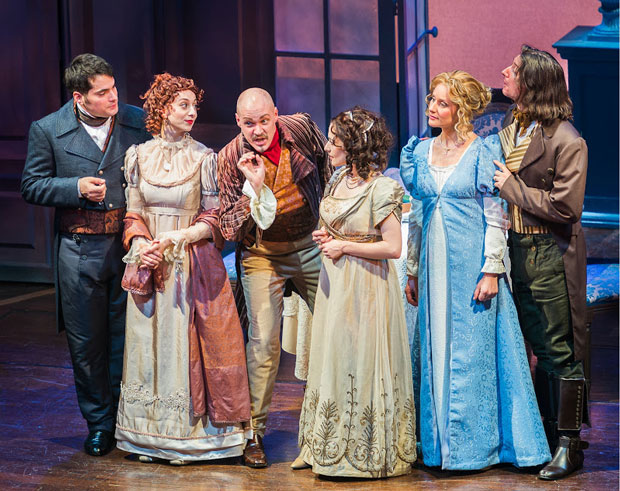 It is not common that the own libretto asks viewers for mercy when it comes to prosecuting the opera they are seeing. Towards the conclusion of Les femmes vengees, the refrain of one of the final sextets-«to have a nice life you do not watch things closely «- invites to turn a blind eye not only defects or even “kittle sins” of the husband or the wife, but also the shortcomings of the same work. Although the vocal quality of this production of Opera Lafayette, opera group of Washington dedicated to cultivating French, mostly Baroque, moved in a range between, the initiative put in scene matching this comic opera Cosi FanTutte has a clear interest.

Les femmes vengees, premiered in Paris in 1775 with music by François-André Danican Philidor and libretto by Michel-Jean Sedaine, discusses the challenge posed to maintain marital fidelity. A game of entanglements in which two couples, two friends and their wives, sisters, are subject to test the loyalty to their couple. The plot seems a mirror of the Cosi, which Les femmes vengees may have influenced. Even the type of voices is similar. Ryan Brown, artistic director of Opera Lafayette, defends this influence, and to highlight the similarities, his company has carried to scene two works at the same time, with the same stage and the same singers. To match the format further, some changes were introduced in a new version of Cosi, premiered by Opera Lafayette last October: its duration was reduced, was sung in French and its recitatives were changed to be discussed. The result surprised, because it seemed to bring out a DNA related to the “opera comique” giving affiliation to a frivolity that Mozart public considered alien. Within this project, the premiere of Les femmes vengees, the work of a single act of ninety minutes, was presented as a sencond part of Cosi, as if they were scenes from a few years later, when the two couples of Mozart’s opera, were a while already married. And the maid Despina, now married to a painter and called Delphine, was once again the tangle hub. 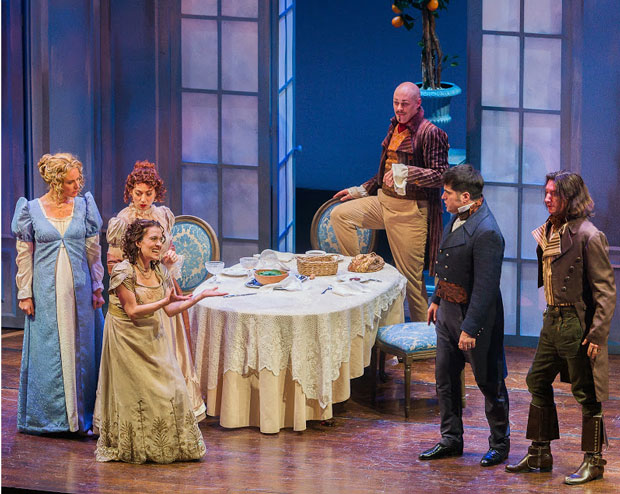 The title Les femmes vengees refers to the revenge of two wives, that seen their husbands flirting with Delphine, simulate to do the same with the painter. The Régie’s Nick Olcott extracted good comedy of situations. The conception of the stage allowed to follow the reactions of both couples with infidelity, real or apparent, of their spouses. The characters were hiding in two rooms, one to each side of the stage and without front walls, revealing to the public their gestures and exclamations of dismay to what they heard that it happened in a central hall.

In the terms of the deal, most of the singers were of Canadian origin, which helped the diction on the dialogues to be easily understandable. The soprano Claire Debono responded well to the higher vocal demand that assumed her role of Delphine (Madame Riss), and also convinced sometimes, especially towards the end, the tenor Antonio Figueroa (Monsieur le Président). Less highlighted the baritone Alex Dobson (Monsieur Lek), the mezzo Blandine Staskiewicz (Madame Lek), Pascale Beaudin soprano (Madame the President) and Jeffrey Thompson (Monsieur Riss). However, the final ensemble performances allowed a coronation with good results. Ryan Brown led the small Opera Lafayette Orchestra without haste, as valuing the notes that were coming out of a score just heard today.

Rigoletto at the Vancouver Opera