Richard Strauss is known for some of the most beautiful melodies in music. The Presentation of the Rose from Der Rosenkavalier, his Horn concerto, No.1 and his epic tone poem Also sprach Zarathustra are just a few of the powerfully evocative masterpieces he has bequeathed to our aural appetite. But, if you were in the audience of the Metropolitan Opera at Lincoln Center for his Salome, you may have confused the stage with that of New York’s Hustler Club, a decidedly adult establishment.

Strauss sourced the libretto largely from Oscar Wilde’s play of the same name. The provocative subject matter interpreted by Oscar Wilde can be traced back to the most famous book on earth; the Bible! Yes, this salacious story centered on a woman born of incest with the power to move men to murder is based on the biblical family of King Herod whose story is told in the book of Mark – arguably most famous for his account of the death of John the Baptist.

This season at the Met, Salome dons a contemporary set and a new leading lady. Patricia Racette is a superb actress throughout. The pique of her performance is notably the Dance of the Seven Veils – an almost ten minute long sensual striptease – culminating in a most jaw-dropping reveal which left the audience in a state of genuine shock. Vocally, however, this tour de force appeared to be a bit much for her. At times Racette’s vocalism was exquisite but as Strauss’ extended orchestra began to swell, her fach as a dramatic soprano came quickly into question. The difficulty of the title role should not be understated. In addition to the vocal demands of Wagnerian proportions, Salome must move about the stage running, climbing, dancing – with a decapitated head in hand – and at times crawling. With the exception of Danielle De Niese, one would be hard-pressed to name a soprano capable of such physical activity.

In stark opposition to the title character, Željko Lučić sings the role of Jochanaan (John the Baptist). His luscious, evangelical vocalism soars effortlessly over the orchestra with a lyricism befitting the beacon of light he portrays on the stage. Lučić produces a sweet but anchored and well-projected sound arousing sympathy and ill-advised optimism in all those who hear his sweeping melodies. 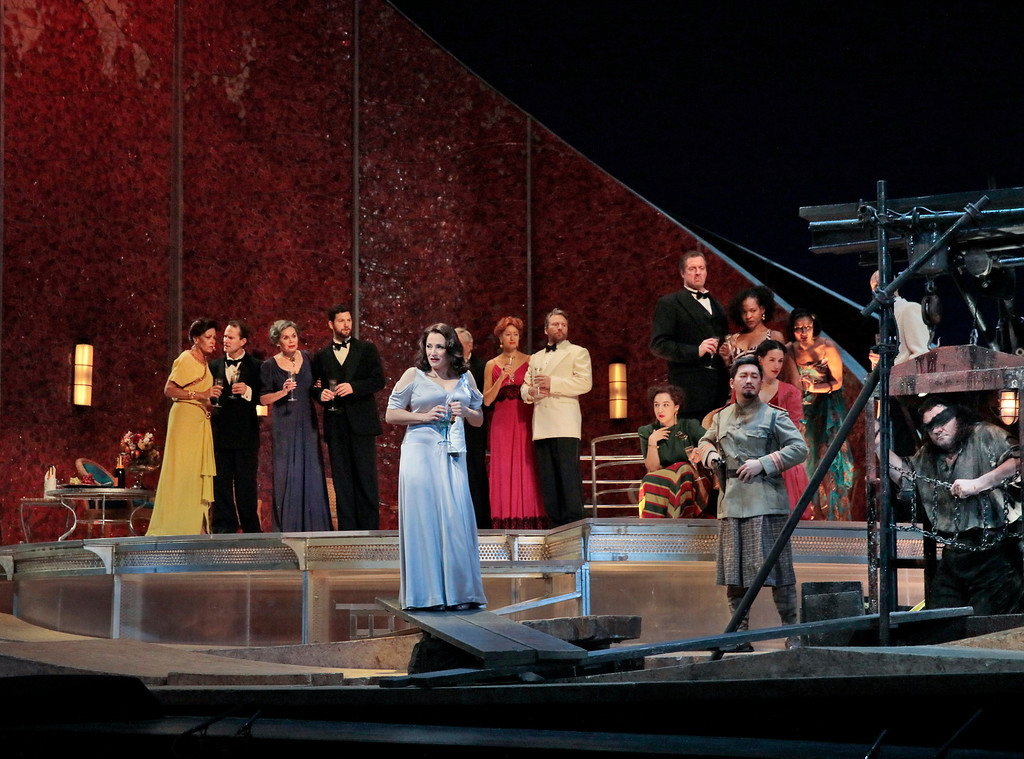 King Herod is sung by the German tenor, Gerhard Siegel whose authoritative crystalline tone cut through the dense orchestration like a warm knife through butter. He is very well cast in this repertoire. Nancy Fabiola Herrera sings Herodias, the wife of King Herod. Often calling for the death of Jochanaan, Herrera’s colorful mezzo-soprano brought drama, and at times humor to the stage. Siegel and Herrera are quite believable as husband and wife.

Salome’s opening night also shed some light on two exceptional young talents, Kang Wang, a member of the Lindemann Young Artist Development Program, and Nicholas Brownlee who both made their Metropolitan Opera debut. They sang the roles of Narraboth and the First soldier respectively with performances, however brief, that set them apart from the rest of the supporting cast.

The most polemic “Carmen” up to date is about to open...