It is afternoon in Madrid and the thermometer displays an incredible 40º. Instead here in Río de la Plata winter provides us with a «fresca» (chilly) temperature, an expression used by «porteños» who live in the Argentine capital.

It is Sunday and memories come to mind of past vespertine performances at the Teatro Colón. I was only fourteen when I first went to the opera, it was a performance of Dallapiccola’s Il prigioniero. On the way back home I was totally wrapped up in music, in dodecaphonic music. I still remember the singers, the staging and the lights of that opera. Years went by and I returned many times to the Colón. That was the place where young people and the not-so-young met up in the towering heights of the theater known as the «front rows of paradise».

Thanks to OPERA WORLD, today I have the chance to look back on all of that as I follow what is going on in the world of opera, especially in Europe. This is the precise moment when astonishment sets in as I am unable to understand some modern-day stage directors. I believe it is unnecessary to mention specific names of operas, I wish only to point out what I perceive as negative from an interpretation point of view.

Opera characters are not simply marionettes in a puppet theater. I am perfectly aware of this and to sing a specific role, one is required to posses very comprehensive knowledge of the character to be embodied. And I use the term «embody» with no sense of repentance.

Years ago I sat in the Washington D.C School of Music library and was approached by a singer because I spoke Spanish. He was preparing for a singing competition and was studying some chamber music from a Latin American composer. As he neared the table, he took out his scores and kindly asked me to read the text out loud. I endeavored to set forth with as much clarity as possible and, soon after, he expressed his gratitude and left. I immediately thought to myself: What is this woman going to say if she is unacquainted with the meaning of the words she sings? One of the verses read: “Te vi anoche en la enramada/ agazapado y meditabundo…” ( I saw you last night in the entwined branches/ crouched and deep in thought).

I have witnessed that there are currently many different stagings of well-known operas. They are adapted and updated. This may lead to a scene in an office between a king and his daughter, the princess. The progenitor threatens and curses his next of kin and tosses her onto the floor. Why does he do it? In another production, the stage director tells the female protagonist that she must sing her only aria laying down on the floor. But why? She, on the other hand, must interrupt the flow of the piece so as to meditate about her life. Oddly enough, I was profoundly astonished that in order to clarify the cohabitation between the leads, it is decided that she must crawl near the bed as he sings his aria. It has also come to my attention that a tenor was instructed to sing his aria to the soprano’s ear while she sleeps.

In honest truth, she should not be there at all. Another episode which comes to mind regards the situation where the soprano is told she is “bella come un’aurora» (beautiful like the dawn), a candle is neared….

Readers will surely have identified the names of the operas I refer to, even though specific names have not been made available. As the intensity of my astonishment heightens, I am told of a simple peninsular village transformed into a complex production with many scenes and industrial chimneys. The distance between what the singers say and their stage position is considerable. Opera singers should sing what is in the score and many times can not adapt their movements to the innovative stage direction. It is not the same to bid farewell to one’s mother before running off to a duel than to transform it into a hieratical moment, quite distant from reality.

I still conserve the Suggested projects – Suggested assignments or Field assignments- which we carried out at the School of Music. They were related to a XIX century opera. We had to study, amongst others, the following subjects: The World in which the Characters lived, The Main Forms of Communication, The Letters, The different Forms of Entertainment, The Celebrations, The Duels, The Alcohol and Drugs, The Role of the Family, The Catholic Church and Moral Issues, The Principal Political Institutions and the time, The XX century Waltz, The Architectural Perspective of the Opera Staging, In-depth Knowledge of the Libretto, Out loud Reading of the Libretto, etc. Included were also questions for the different teachers and a sense of loyalty to the specific opera style.

The great Teresa Berganza said on one occasion that operas are works of art and should therefore not be desecrated. She was obviously very right and her view is undoubtedly a very respected one. It is quite frankly not sufficient to only sing a role but one is truly obliged to know the role, and live with and within the character. Great merit is attributed to a female singer when she refused to interpret a role. She put forward her reasons with great dignity when she informed the relevant people that: «I’m really very sorry, gentlemen, but this is not the way».

Nowadays, a singer is required to be a consummate stage artist, very similar to the puppet who says: «I can dance, sing and always be happy». I was lucky enough to hear great performers at the Teatro Colón. They sang on stage and perfectly embodied each of their characters. Were they actresses or actors? The answers is most probably negative although I admit that times have changed.

There are many stage directors who have analyzed and delved deeply into operas with great curiosity and courage. Their work has afforded all of us new insight into these wonderful works of art. The result has obviously been new and wonderful opera productions which reach many and very diverse audiences. 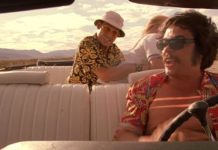 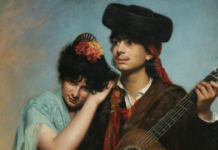 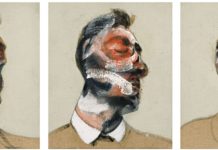