At one point in time, a Seattle Opera ticket offered a relatively predictable experience: an enchanted night out, a grand presentation, and often a familiar telling of a popular work. But in the past few years, Seattle Opera has been inviting audiences to explore this art form from a different perspective. Prior to its May performances of Carmen, the company will hold a free panel discussion that will flip opera’s depiction of the exotic “Other” on its head. On April 26, the company presents “Decolonizing Allure: Women Artists of Color in Conversation.”

Who is Carmen, the leading lady of Bizet’s opera? Is she a dangerous seductress, a feminist martyr, or a complex Roma woman making her way in the world as an outsider? Or perhaps Carmen is merely a hurtful “gypsy” stereotype, a reflection of the fragilities and insecurities of the 19th-century French society that created her.

“The western arts industry has often been a space in which men—usually white men—have shaped the characters and narratives of Women of Color, depicting them as hypersexualized, exoticized, and ill-fated,” said Alejandra Valarino Boyer, Director of Programs and Partnerships. “Carmen inspires us to examine how women artists of color respond to these tropes and their legacy, be it rejecting them, subverting them, or reclaiming them. These artists take back power by creating art in their own image.”

Panelists include award-winning performer/activist Sara Porkalob; two visual artists Aramis O. Hamer (creator of the iconic purple goddess at KEXP’s building on the Seattle Center campus), and Perri Rhoden, who celebrates her Black identity on canvas. Additionally, two university professors will speak: Naomi André author of Black Opera: History, Power, Engagement from the University of Michigan; and Michelle Habell-Pallán, author of Loca Motion: The Travels of Chicana and Latina Popular Culture (2005) from the University of Washington.

“Through this panel discussion, and all our community conversations in recent years, we’re creating space for voices who have not had an opportunity to be shared in opera,” said General Director Aidan Lang. “It’s time for a new power structure where diverse people, stories, and perspectives are inherently woven into the fabric of our art.” 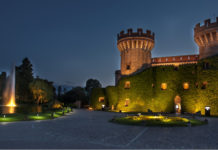 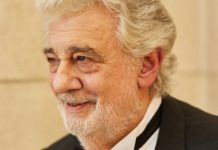 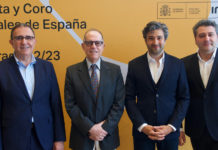 SSO tributes Shakespeare in a concert dedicated to the night featuring...