What happens when the world’s most irresponsible tenor performs the world’s most beautiful music? Find out on June 12 during The Drunken Tenor: Quarantini Edition! In this special online concert,Robert McPherson reprises his hilarious act (described as “Jack Black meets Pavarotti”) on Seattle Opera’s Facebook, YouTube, and website. Also featuring the talents of pianist David McDade and soprano Jennifer Bromagen, the concert will be available online for two weeks after its post date.

“If you’re white collar or no-collar, artisan or non-partisan, a workaholic or a 9-to-5-er—this show has something for you,” says McPherson, who will perform “The Flower Song” from Carmen, “Sempre Libera” from La traviata, a new translation of a Schubert song, operatic treatments of pop, and an attempt at crossover. “Don’t worry; no composers were harmed in the making of this evening!”

Growing up, McPherson was inspired by artists who blended comedy and classical music such as Victor Borge, P.D.Q. Bach (invented by satirist Peter Schickele) and the soprano Beverly Sills in her numerous appearances on The Muppet Show. Today, the Grammy-winning opera singer has made a name for himself at The Metropolitan Opera, and on stages all over the world. But he’s also passionate about performing as “The Drunken Tenor,” and bringing great music to opera lovers and people who just love to laugh.

In addition to The Drunken Tenor: Quarantini Edition, Seattle Opera will offer “Songs of Summer” beginning May 28. This online recital series features beloved company artists such as Angel Blue, Jamie Barton, John Moore, Tess Altiveros and Margaret Gawrysiak, plus exciting newcomers to the company such as Vanessa Vasquez and Theo Hoffman. For a full list of upcoming recitals, go toseattleopera.org/summersongs.

Like all arts organizations, Seattle Opera faces a challenging road ahead in light of the global pandemic. Members of the public can help ensure the company’s future—and support programming like these online recitals—at seattleopera.org/give. 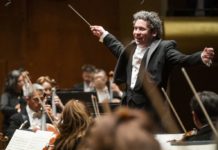 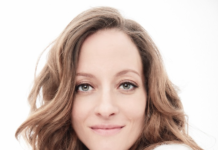 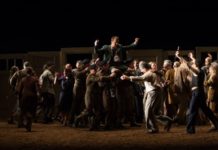 A new remarkable evening of the SSO, despite a disastrous start