In response to requests from families and retirement communities, the Seattle Symphony expanded its online broadcast offerings to include a new program for children and a Sunday matinee concert. This week, the orchestra will stream performances for four days: a rebroadcast of Dvořák’s Symphony No. 8 led by Music Director Thomas Dausgaard and an all-new program, Meet the Tuba with Principal Tuba John DiCesare. Earlier this month, the Seattle Symphony announced it will continue sharing performances that provide strength, comfort and joy through video rebroadcasts and livestreams to support our community as we confront the current global health crisis.

Meet the Tuba features Seattle Symphony Principal Tuba John DiCesare in a fun exploration of the orchestra’s largest brass instrument. This kid-friendly program is geared toward families with young children at home during this period of school closures. DiCesare was originally set to perform in First Concerts: Meet the Tuba at Octave 9: Raisbeck Music Center on March 14 before the concert was canceled. Like many Seattle Symphony musicians who feel a strong desire to continue sharing music, DiCesare volunteered to bring the performance directly to our youngest audiences digitally.

“I was very sad that we had to cancel Meet the Tuba at Benaroya Hall,” DiCesare shared. “I wanted to give the kids an opportunity to learn about it. Hopefully this video makes people smile when they need it the most.”

The Symphony also continues scheduled streams of past concerts with three rebroadcasts of Dvořák’s Symphony No. 8 conducted by Music Director Thomas Dausgaard. The concert was originally performed on Thursday, February 6 at Benaroya Hall. In addition to the previously announced Thursday (7:30 p.m. PDT) and Saturday (8 p.m. PDT) shows, viewers can also enjoy the concert Sunday at 2 p.m. PDT. In response to requests from viewers on the East Coast and those locally who can’t watch in the evening, including retirement communities and parents with young children, the broadcast schedule was expanded to include a Sunday matinee, making the stream available for more communities to tune in.

The Seattle Symphony will continue to organize additional free livestreams and rebroadcasts until the orchestra can return to the Benaroya Hall stage. Rebroadcasts or livestreams will occur every Thursday (7:30 p.m. PDT) and Saturday (8 p.m. PDT) throughout March, with additional programming to be announced. Audiences can view performances on YouTube and Facebook. Programming updates will be shared weekly at seattlesymphony.org/live. Those interested can also sign up to receive email notifications about upcoming Seattle Symphony rebroadcasts and livestreams.

Inspired by the orchestra’s dedication to serving the community, Seattle Symphony Board member Stephen Whyte has generously pledged to match all donations, dollar-for-dollar throughout Benaroya Hall’s closure.

To learn more about how to support the Seattle Symphony or to make a donation, visit seattlesymphony.org/give. The Seattle Symphony looks forward to welcoming audiences back to Benaroya Hall again very soon and wishes everyone health and comfort in the coming weeks. 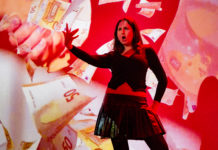 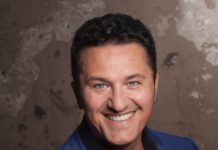