Spanish audiences are abandoning theatres in their droves, empresarios have warned, as the economic crisis deepens and the country is left on its knees.

A report published last week showed audiences have fallen by a third at theatres across Spain since the government raised the sales tax on cultural events.

The price of theatre tickets rocketed in September when VAT rose from eight to 21 per cent in an emergency measure to boost government coffers and reduce the burgeoning public deficit.

The Pass Graph Opera’s successful Marina at the Teatro de la Zarzuela in Madrid this month. The theatre decided not to raise prices

In the four months following the tax hike, theatres reported that audiences diminished by around 1.8 million spectators compared to the same period a year earlier representing a drop in takings of around 33 per cent and a loss of 600 jobs.

But the industry has branded the latest tax hike as «tragic and devastating» and called for the conservative government of Mariano Rajoy to immediately repeal the new VAT rate.

Spain’s State Federation of Theatre and Dance Companies Associations (FAETEDA) presented a report to the Finance Ministry last week suggesting the spiraling fate of Spain’s dramatic arts scene could be reversed if a tax break on cultural activities was restored.

«With the increase in VAT, the Government ignored the systemic crisis hitting the sector and aggravated it to unsustainable extremes’, said Daniel Martinez, President of FAETEDA and head of a the Focus theatre company in Barcelona.

Instead the group believes that if the sales tax was reduced to just 10 per cent it could draw 2.5 million more onto theatre seats over the next year, bringing in net revenue of 53 million euros and restoring 1,800 jobs in the dramatic arts sector alone.

A study by global accounting firm Pricewaterhouse Coopers (PwC) concluded that the government plan to tax the arts would backfire and that its annual income from across the arts industry would actually fall by nearly 10 million euros (£8.5 million) as a result of the VAT increase.

Touring theatre companies are among the worst hit in Spain having seen funding from local government dry up and annual cultural festivals shelved as municipal debts mount and the recession deepens.

Theatre troupes are moving to cheaper productions and smaller casts to survive and staging monologues has become very much the vogue as they struggle to keep costs down.

But even Spain’s most illustrious cultural institutions have fallen victim.

Madrid’s Teatro Real, the National Opera House was forced to drop planned performances of Mozart’s ‘The Magic Flute’ this summer after it proved too expensive to stage when its annual budget was cut by a third for the 2012-2013 season.

Simon Rattle was scheduled to conduct the Berlin Philharmonic Orchestra’s production of ‘The Magic Flute’ later this year but to meet savings of 800,000 euros it was abandoned in favour of three performances of Beethoven’s Ninth Symphony.

Barcelona’s Opera House, the Gran Teatro de Liceu had to shorten its last season by two months in a bid to cut costs.

Only the big international musical blockbusters seem immune to the crisis with the Spanish adaptation of the Lion King continuing to play to sell out audiences in Madrid since its opening in 2010.

Smaller theatres have come up with ingenious ways of bypassing the sales tax to attract audiences.

A theatre in Bescano, in the northeastern region of Catalonia sold carrots for 13 euros in lieu of tickets at a production last November because as a staple food product they still have a four per cent VAT charge.

«The theatre world was in very bad shape, but this tax will basically kill off small theatres like ours,» Quim Marce, Bescano’s theatre director explained. «Other theatres will have to follow our example and finds ways around this unsustainable tax.» 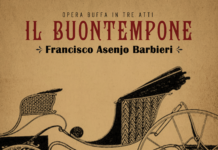 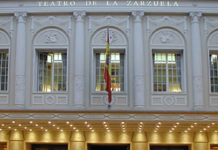 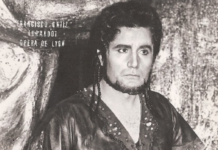