Only a selected few fill up the theatres and concert halls, are the jewel of the record companies and have thousands of followers in the social networks. Their performances are expected enthusiastically the world over. These are, according to OperaWorld, the best active tenors of the moment.

This Bavarian tenor is the most valued at the moment. His voice, with its attractive and manly darkness, evolves in an expansive, passionate and deep singing that wreaks havoc on his fans’ legion, which follow him across the world. Today, Jonas Kaufmann is an acclaimed artist thanks to a career that has made him triumph in his maturity. Despite the reservations of some critics, who point out to an excessive voice support in the throat, Kaufmann leads the list of today’s best tenors.

The tenor has harvested victories in the best theatres due to a powerful image and an effective presence on stage. His discography includes the Verdian and verismo repertoire, although he is today a reference in the Wagnerian area, for which his sound, almost baritonal, as well as the largeness of his voice turns out to be perfect.

The best photos of Jonas Kaufmann in OperaWorld

This Canarian lyric tenor is destined to be one of the greatest. He is the most accomplished representative of the Canary Islands´ school, a legacy of the famous Alfredo Kraus, with whom he shares the vocal skill.

With its elaborate line of singing that rests elegantly on the consonants, southern clarity in the high notes and the most beautiful legato, his voice is perfect not only for the Italian lyric repertoire, but also for French one.

His career is in full growth, and he combines it with taking care of his family life. Celso Albelo has triumphed in Spain and Italy in the roles of Nemorino, Alfredo and the Duke of Mantua. He also reaps success in theatres such as the Deutsche Oper in Berlin and the Staatsoper in Vienna. In 2016 he will have his début at the Met of New York in the role of Roberto Leicester in Maria Stuarda by Donizetti.

The best photos of Celso Albelo in OperaWorld.

Since he was discovered internationally at the Festival in Pesaro of 1996 and after Pavarotti declared him as his successor, the Peruvian tenor has had a dazzling career turning him into the king of the light lyric tenors. Few overshadow him in the Rossinian belcanto repertoire. Perhaps not to mould himself into a specific repertoire, he has made inroads in Bellini and Verdi, to a limited success. Lately he has explored the French repertoire, where thanks to his musicality and the natural grace of his style he has managed to triumph, more in the recordings than on stage. As a wink to his origins in popular music, he usually pays tribute to the Ibero-American music in his recitals.

His indisputable talent for acting is combined with a vocal skill that allows him to bring perfection to the intricate Rossini arias. A challenge within reach of very few seems largely effortless to Flórez, such is his ease of projecting the voice with agility in the high notes. Beyond the homogeneity of his timbre and his high C´s, the elegance of his legato singing is the real secret of his success.

The best images of Juan Diego Flórez in OperaWorld

The Italian Vittorio Grigolo is one of the best active tenors of the moment and a whole breath of fresh air to the panorama. With an air of a contemporary and attractive gentleman, this lyric tenor has won over the most demanding affection. He has triumphed as Ducca in Rigoletto, as Rodolfo in La Bohème and recently as Hoffman in New York.

Despite the simplicity of his tone and the directness of his singing, Grigolo makes believable and attractive whatever roles he interprets. He is a versatile artist, full of potential, and has demonstrated his bullet-proof vocal skill. A passionate singer, he provokes applause and sighs in equal measure. Pure emotion.

The best images of Vittorio Grigolo in OperaWorld.

The Polish tenor Piotr Beczala is at present the best artist of the Russian and Slavic romantic repertoire. After causing sensation in Madrid with his recital in homage to Alfredo Kraus, he has reaped an enormous success in New York where he appeared in Iolanta along with Anna Netrebko. Along with the Russian prima donna, he forms one of the most interesting couples of the world of the opera.

Beczala, who sings with a colour typical of the Eastern voices, has demonstrated his versatility to play very different roles, which go from Ducca de Rigoletto, Rodolfo in La Bohème, Idomeneo, Lenski in Eugene Onegin, Fausto of Berlioz or Elvino of La Sonámbula. Nothing resists him.

The best images of Piotr Beczala in OperaWorld

More information on his web page

This Mexican tenor has become the ‘encore’ man of the opera world. He receives standing ovation all over the world thanks to his facility to project with timbre extraordinary and clearly metallic high notes placed on the top. Camarena is a light lyric who shines in the operas of Mozart, Rossini and Donizetti.

His performances on stage always have a dreamy air. His eyes shine when he sings and his voice always has a resounding solidity. Due to his success in the best theatres of Europe and an unusual encore in The Cenerentola of the MET, Camarena already threatens the reign of Juan Diego Flórez as one of the best Rossinian tenors.

The best images of Javier Camarena in Opera World 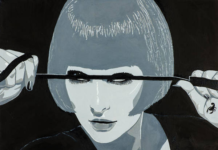 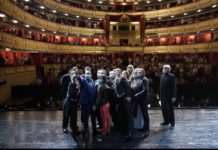