Since the creation of OPART, E.P.E., in 2008, the company responsible for managing the Portuguese National Opera and Ballet (Teatro Nacional de São Carlos and Companhia Nacional de Bailado, respectively) and the government have failed to reconcile the working conditions of both structures. That adjustment had been promised for years and consecutively postponed. In the wake of these postponements, we believe the accordance between the guidelines of this public company and its daily management has become nearly impossible.

With the growth of unionization, and the consequent intervention of CENA-STE, OPART’s Board of Direction (BoD) had given some small but positive steps in the past 3 years. However, during the whole of 2018 and what’s passed of 2019, having already reached an understanding for the discussion of an Internal Staff Regulation (ISR), we began noticing a juggling of responsibilities between OPART’s Board of Direction, the Ministry of Culture and the Ministry of Finance.

When the scenario seemed to head towards an understanding, albeit slow and sustained, the BoD and the Government managed to instil a feeling of mistrust in the workers that culminated in the non-fulfilment of the wage convergement agreed upon between the Opera House and the Ballet technicians.

With the budgetary constraints imposed by the Government and the inability that OPART’s BoD has shown to guarantee better conditions for the country’s largest artistic company, labour injustices persist, workers continue to be devalued and the Artistic Mission of the National Opera House and National Ballet Company keeps being trampled upon.

Thus, after the BoD and the Government submitted an incomplete and subpar ISR proposal to the one presented in June 2018, the CENA-STE union

representatives made a final proposal to reconcile positions and reach a consensus.

This proposal was answered without any warranted assurances, with the exclusion of the Ministry of Finance (which the workers consider essential), and without considering all the debated matters, namely the question that originated the whole process, the wage convergence between technicians.

This was the last drop that pushed the workers from all sectors of the National Opera House and the National Ballet Company, the only Opera and Ballet companies in the country, to go forth with the scheduled strikes, albeit the problems not being reducible to pecuniary situations alone. The absence of an Internal Staff Regulations creates situations of doubt, indecision and inertia towards procedures that should stand simple and straightforward. It is also the excuse for the blocking of the much needed state funding the Opera House craves for its repair and maintenance. In April 2017, the allocation of 4.1 million euros was approved by the Secretary of State for Culture, Miguel Honrado, for urgent intervention on the Teatro Nacinal de São Carlos’ stage, but the repair works never happened due to the Ministry of Finance captivation of the fund. The Companhia Nacional de Bailado also lacks an approved Dancer’s Statute, recognizing the specifics of the profession. The Orquestra Sinfónica Portuguesa (Portuguese Symphonic Orchestra) has no rehearsal room and has never had one. It’s paramount to ensure the quality of this artistic ensemble. Also, we have been witnessing a diminishing Opera Season, year by year. Less repertoire and fewer performances per opera. It is a tremendous failure of the Artistic Mission of this noble house.

In the meantime, the BoD has chosen to suspend all negotiations since the workers decided to maintain the strike. This also represents a breach on what

was agreed upon and the guaranties that the Ministry of Culture had given that, no matter what, the negotiations would continue. Also, the President of OPART has chosen to abandon the company in this difficult hour and accompany a national delegation that is presently at the Portuguese Culture Festival in Beijing.

The President of the Republic, Professor Marcelo Rebelo de Sousa, and his cabinet, have met with CENA-STE’s union representatives this past Friday morning, and showed perfect understanding of the situation.

CENA-STE has requested an audience with Prime Minister António Costa and is awaiting a reply. 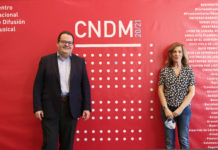 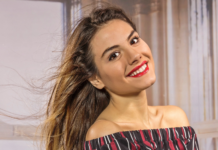