The current Royal Opera House season started with revivals (Barber of Seville, Anna Nicole, Rigoletto) so this production of Mozart’s Idomeneo was the company’s first new production. The stage direction was entrusted to Martin Kûsej, whose work I’ve already had the opportunity to see in Munich. All of Mr. Kûsej’s work seems to follow the very fancy modern concept of «Konzeptregie». 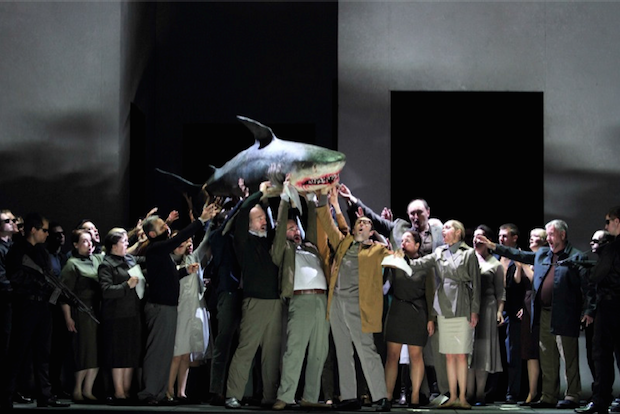 As could not be otherwise, this production of Idomeneo followed the same path. This basically implies disregarding whatever the opera libretto says and offering the modern spectator your own version of the piece. While attending the performance the famous aria «Io son l’umile ancella del genio creator» from Cilea’s Adriana Lecouvreur came to mind, which states that the artist is at the behest of the work’s creator.

Singers and conductors have always followed this bit of advice, they have taken it upon themselves to interpret the music and libretto in strict adherence to the composer’s wishes. Nevertheless, this doesn’t seem to be the case with stage directors who in recent times have dressed up as superheroes of the opera world in order to correct or simply disdain the composer’s wishes, according to the individual cases and their level of amour-propre.

It is perhaps the idea that the other people who take part in the opera are the interpreters and only they are the geniuses of composition and libretto writing. I truly hope that many of them are condemned in eternity to having to listen to Adriana Lecouvreur’s aria.

My friends will surely have guessed that Martin Kusêj displays an outright disregard for the story which Mozart set to music and bluntly offers his own narrative. No fantastic events nor mithological references.

The Troyans are made prisoners and then freed by Idamante while Idomeneo is still in battle. Upon the king’s reappearance, the High Priest demands that Idomeneo be sacrificed in return for having freed the prisoners. The fact that the libretto says otherwise seems not at all relevant. Are you familiar with don Bartolo’s aria (The Barber of Seville, Rossini) in the second act when he says «l’aria dicea Giannina ma io dico Rosina?». Well, that is precisely what I’m referring to. Afterwards, the freed Troyans rebel against the Cretans; they dethrone Idomeneo and forcefully put on the throne the Troyan Ilia and Idamente. No oracle and no sea monsters are sent by Neptune. Simply a revolution. Idomeneo’s final scene, where he gives thanks to the gods and asks his people to obey the newly-crowned king Idamante is pathetic since the people trample Idomeneo, who is completely overwhelmed by the circumstances. The scene finalizes with the hymn of joy «scenda amor, scenda Imeneo», which is absolutely senseless. In the final scene, pursuant to such absurdity, Mr. Kûsej shows us Arbace, Idomeneo’s confidant, depicted as a street scrounger who begs for money with an accordion on his shoulder. Outright silly. 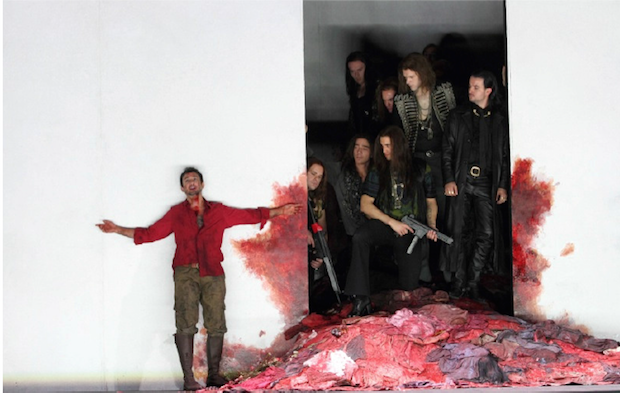 The stage setting (Annette Murschetz) consists of a rotating stage, with some fixed elements on a wall to the right and a large door on the left. The sets placed on the rotating stage are nothing but walls with some added attrezzo elements. The action would seem transported to present day, based on Heide Kastler’s interesting costume’s, with special emphasis on Elettra’s attire. Lighting designer Reinhard Traub did a good job.
Taking command of the musical direction was the French conductor Marc Minkowski, whose presence on the podium was my principal point of interest. His conducting was good, delicate and in support of the singers. One was able to deeply enjoy Mozart’s music which is frankly not a matter of small interest. This staging is the opera’s 1781 original version debuted in Munich’s Teatro Cuvillés and which foresees the role of Idamante to be sung by a countertenor. Apparently Mozart was not very pleased with this arrangement because the castrato was almost immediately substituted by a mezzo soprano. The final scene included ballet music, although somewhat abridged, which can only constitute a patch and an anticlimax in this case since we were merely shown static characters going around in circles. These people both young and old, some with and some without blood on their feet, walked past the new kings. Surprisingly enough Arbace’s second aria, the most difficult of the two written by Mozart, was cut. Special mention goes to the performance of the Royal Opera House Orchestra and Chorus. 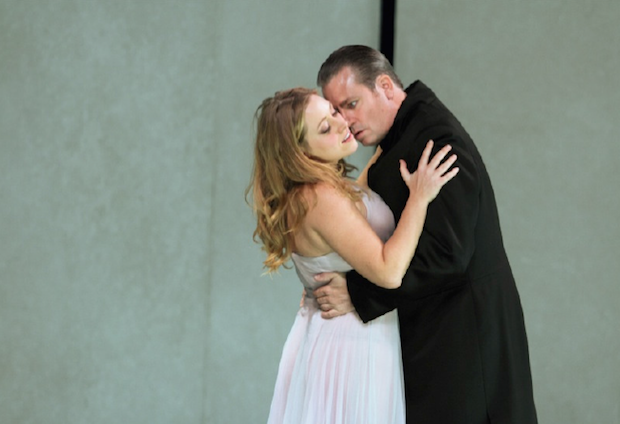 Idomeneo was portrayed by the American tenor Matthew Polenzani, who was undoubtedly the best singer of the entire cast. His stage performance was very convincing but his vocal rendition hit the nail right on the head, it was really very difficult to upgrade. The voice is nice, homogeneous and well administered. In order for him to reach the memorable status, he requires a bit more vocal weight, something I felt was missing.
The presence of the Argentinian Franco Fagioli was appealing to me beforehand since he is currently one of the most highly sought-after countertenors around. I must admit that his portrayal was mostly disappointing, I honestly believe a mezzo soprano is better suited for the role. Mr. Fagioli’s voice corresponds more to that of a male soprano rather than a real countertenor. It works smoothly in the center, but the high notes tend to loose vocal weight and display a certain sound insufficiency. Usually, countertenors distinguish themselves for their vocal agility which seems to be the Argentinian tenor’s case, but Idamente is not a Baroque opera. What is required in this opera is expressive singing which Mr. Fagioli lacks.
The English soprano Sophie Bevan gives a good rendering of Ilia, she sings with an attractive and homogeneous voice as well as stage gracefulness. Her voice is more important than her sister Mary Bevan, who is presently singing Susanna in Nozze di Figaro.
I’m uncertain whether the Swedish soprano was a consequence of a casting error of if she was not in her best vocal moment, nevertheless her Elettra was a real disappointment. Her voice is not endowed with a great timber quality even though her acting is extraordinary. The issue is that Mozart leaves the singer au naturel, which is precisely what occurred to the Swedish soprano, especially in the final aria d’Oreste e d’Ajace. Mrs. Byström was left to tackle some serious predicaments, unaided by a total lack of breathing control. 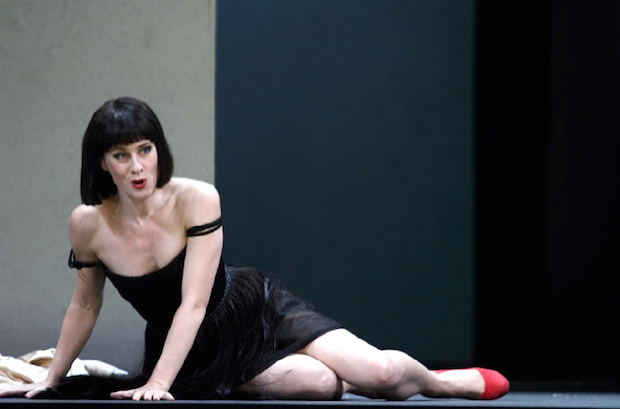 Arbace, Idomeneo’s alleged confidant, was sung by the tenor Stanislas De Barbeyrac, who displayed an interesting voice and sang well the only one of his arias contained in this operatic version.
In the supporting roles Krystin Adam portrayed the High Priest of Neptune and did a good job (let’s hope Mr. Kusêj doesn’t find out), while Gaeme Broadvent gave life to the Oracle (in this version the chief of the revolutionary Trojans).
Covenant Garden reached almost 95% of its seating capacity, not a bad number. The audience remained lukewarm during the performance. During the final stage bows the strongest acclaim went to Mr. Polenzani and Mr. Minkowski while the least applauded was Mr. Fagioli. Mr. Kûsej was greeted with boos which I can imagine made him reach the highest level of ectasy.
The performance started on time and lasted 3 hours and 27 minutes, including the intermission. Musically the show ran for 2 hours and 53 minutes, the applause took up only 6 minutes of performance time.
The cost of the most expensive seat was 163£ (approximately 205€) while the least expensive ticket with full visibility had a cost of 41£ (approximately 51€).

Ludovic Morlot embarks on first opera with the Seattle Symphony