Washington National Opera. Kennedy Center
21 September 2013
The disappointment that Deborah Voigt fell at the last moment of the Tristan und Isolde cast of the Washington National Opera (WNO) had burdened the premiere of this new production of Richard Wagner, but who had initially come to the Kennedy Center to listen to a certain soprano returned with the surprise of a remarkable musical direction. One for the other, and all satisfied, judging by the reception which had the final result, thanks to orchestral cellophane that Philippe Auguin wrapped all creation with.
It was a good start of the season, so programmed by the WNO to honor Wagner in the bicentennial of his birth.
In his role of Isolde, the Swedish soprano Iréne Theorin showed more than trade, already honed by many interpretations of Wagnerian heroines. In the same WNO she took part in the latest edition of the Ring. Theorin filled sufficiently with the dramatic requirements, and interpreted the expected Liebestod with delivery. However, she did not provoke any magic moment that electrified the listener. Neither did the Tristan of the British tenor Ian Storey, who in his execution was a step behind the action of Theorin. Storey had some chiaroscuro: it shone in the second Act, in duo with the Celtic Princess, in the long night of cheating from both to King Marke de Cornualles, but his tone had moments of opacity.
Dim brightness of the voices of Tristan und Isolde was compensated with an especially light full production, conceived by Opera Australia, which premiered last season. White fabrics hung around the perimeter of the stage, covering from up to bottom the side walls and the back. Was the ground a glass platform slightly tilted toward the audience, with a lower structure that seemed to mark the curves of the shell of a boat, and supported by cable way ropes holding gateways or masts. At convenience, fabrics were sails or sieve shakers of lights: white radiant moments of love, the blue of the sea, the orange of arrival of dawn or the Red of pre-announcement of bloodshed.
The direction of Neil Armfield was able to get suitable party to scenic minimalism, reinforcing the dramatic nature of the libretto.
One of the characters whose movements more leaned Armfield was Brangäne, the Lady-in-waiting of Isolde, responsible for change at the beginning the potion of death for another love, thus saving the life of Isolde and Tristan initially, but condemning them to an inevitably fatal relationship. That role corresponded to the American mezzo Elizabeth Bishop, greater vocal vibration was missed, but she grew with time onstage. Wilhelm Schwinghammer, as King Marke, was convincing in its intonation of mercy, however it was hard for the German baritone to transmit the first reaction, that of anger by the treachery of his nephew Tristan. James Rutherford emerged with strength in their cries of the third act as faithful squire of the unfortunate Tristan.
The mortar that settled this installment of Wagner was the baton of Philippe Auguin, the WNO music conductor. Known as a Wagnerian, Auguin had come to the opera in the U.S. capital with the desire to demonstrate that his repertoire can be broad. That purpose does not remove to see him confirmed in that specialty that is credited and he accepts.
Tristan: Ian Storey Isolde: Iréne Theorin Brangäne: Elizabeth Bishop Kurnewal: James Rutherford Rey Marke: Wilhelm Schwinghammer Melot: Javier Arrey Pastor: Yuri Gorodetski Timonel: Norman Garrett
Conductor: Philippe Auguin Director: Neil Armfield Production: Opera Australia
Emili J. Blasco
Traducción: María García-Rosado 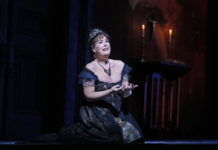 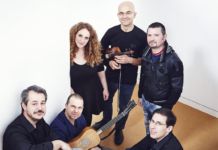 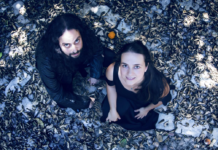